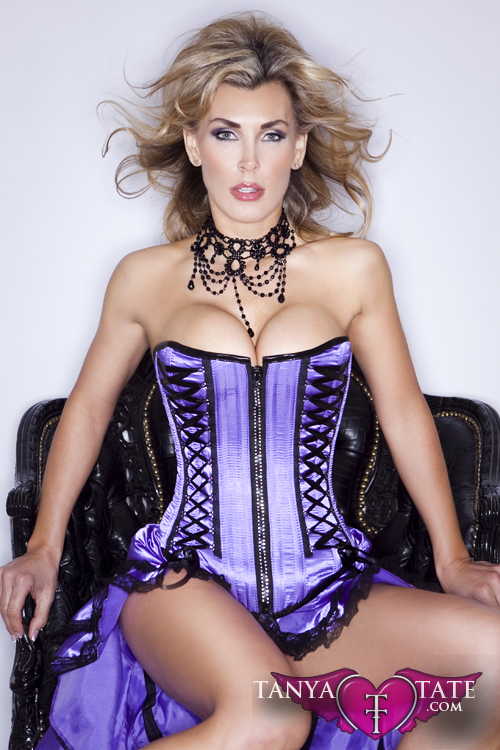 Tate fans have some naughty goodies to add to their XXXmas list!

"I've posted these covers on my twitter and the fan reaction has been incredible," said Tanya. "The covers are fun and sexy, exactly what adult entertainment should be. I'm very pleased with all the respective companies and their work. Absolutely brilliant."

From Penthouse comes The Dinner Affair. The topless Tanya is looking seductively sexy on The Dinner Affair’s cover. Inside she gives another award worthy performance that is sure to be a critics favorite. The Dinner Affair is set to be released on December 20th. More info, and the box cover, can be found on the Pulse Distribution website: http://www.pulsedistribution.com/dvd.php?id=5456.

Tanya Tate fans have a chance to win some DVDs with a give-a-way currently running on adult news blog GTXXXtreme.com. Tanya will be giving away an XXXmas stocking filled with naughty goodies to a lucky fan this Christmas. More information about the contest is on GTXXXtreme here:
http://bit.ly/GTXTanyaTate.
Tanya is currently spotlighted as GTX's Starlet of the Month.

After an amazing year of delivering incredible sex scenes, Tanya has been honored with an AVN Awards nomination for MILF/Cougar Performer of the Year. The reviews for her performances have been phenomenal. Fans have fallen for the stunning blonde from England to Ireland to America. With two other MILF category award wins (UK’s SHAFTAs and America’s Nightmoves), it looks like Tate may have her first AVN Award win! Tanya will find out if she adds another award to her collection this January at the annual AVN Awards show. The event takes place January 8th, at the Palms Casino. Tickets and other information can be found on the official website, AVNAwards.com.

Tanya Tate is ending 2010 triumphantly! With three new DVDs that showcase Tanya on their box covers it’s a great time to be a Tanya Tate fan!