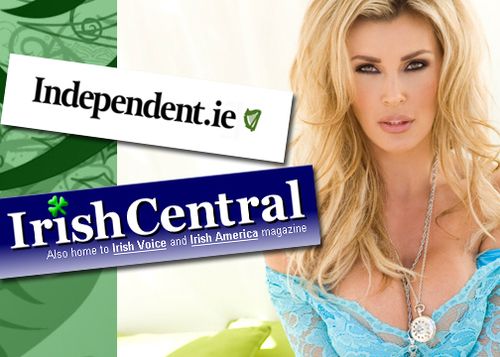 Top UK adult star Tanya Tate has made the Irish mainstream news for her recent win at the UKAP Awards in England. Tanya Tate’s Sex Tour of Ireland won Best Reality Sex Scene/Series. Independent.ie and Irish Central wrote about the controversial title’s win and quoted Tanya as saying: “it was very thrilling to win this award.We had a lot of fun on the shoot. It was exciting.  The sex was hot and I’m happy it was recognized with an award.”