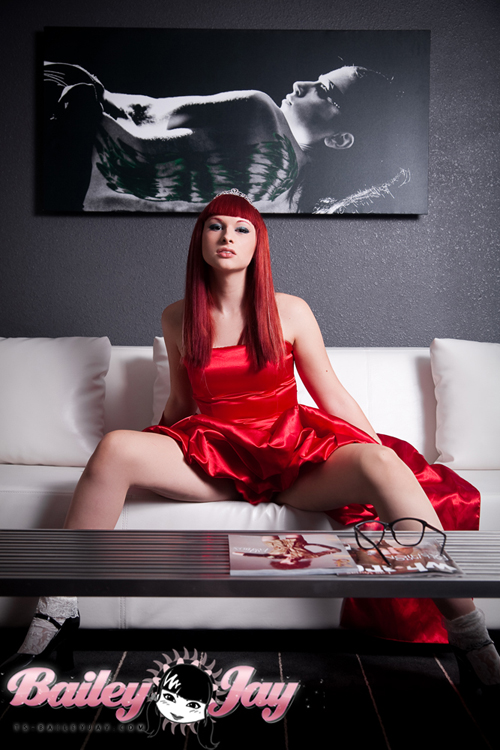 “America’s Sweetheart” is set to appear at the SMC Movie Productions booth this weekend!

(Hollywood, CA) Prolific transsexual adult starlet Bailey Jay hits 2011 full throttle with her first ever signing appearance at the Adult Entertainment Expo. The superstarlet has become an internet sensation between her skyrocketing adult entertainment career and her increasingly popular Bailey Jay Radio podcast show. Her official website, TS-BaileyJay.com, has been seeing phenomenal traffic while her DVD movies are virtually guaranteed to be best sellers. Bailey has already been nominated for both the AVN and Xbiz Transsexual Performer of the Year awards, testament to the scorching sex scenes she has delivered throughout 2010.  Now Bailey is planning to meet the multitude of fans that have shown their support for the sexy siren by making a signing appearance at the annual Adult Entertainment Expo. January 7th, 8th and 9th meet Bailey Jay at the SMC Movie Productions booth (#1228) between 3 and 4pm. There Bailey will be signing autographs and posing for pictures with fans.

“It’s always great to meet fans and people who have supported my career,” said Bailey. “I’m thrilled to be part of this major event and hope everyone who comes to see me will have a blast.”

The AEE takes place at the Sands Expo Center. More information about the event may  be found on its website, http://show.adultentertainmentexpo.com.

Bailey is heading into the weekend as an AVN Award nominated actress for her incredible body of work over the last year. Not only is the exciting performer nominated for Transexual Performer of the Year, but several titles to star Bailey have also been nominated for AVN Awards. Carbongirl from Belladonna/Evil Angel has been nominated for Best All-Girl Release while Bailey Jay Is Line Trap (Grooby/Third World) and She-Male XTC 7 (Joey Silvera/Evil Angel) have both been nominated for Best Transsexual Release. The 28th annual AVN Awards take place Saturday, January 8th at the Palms Casino. Bailey is set to attend the awards. Information about the award show can be found on the official website, http://avnawards.avn.com/.

The "City of Sin" is about to heat up as one of the hottest stars in adult makes her AEE debut!

Bailey Jay Radio can be downloaded from iTunes here:
http://itunes.apple.com/us/podcast/bailey-jay-radio/id393042914