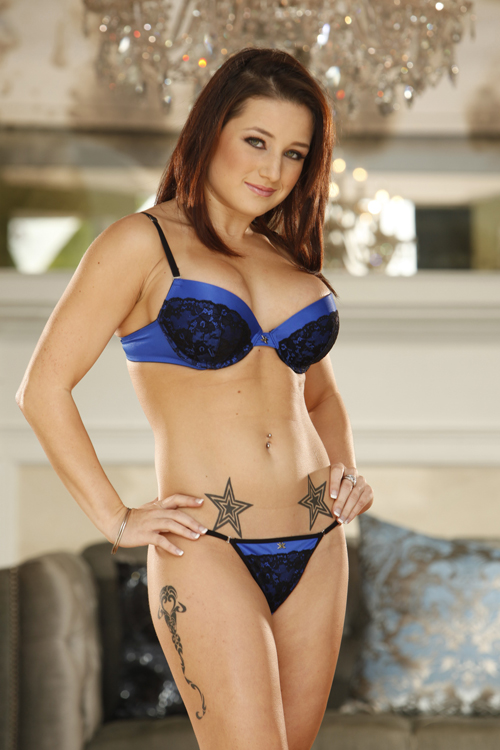 Be prepared to watch one of the hottest new stars in adult get hardcore, interracial style.

(Hollywood, CA) Adult super starlet Charity Bangs shows off her hardcore style in the new release from Blacks on Blondes aptly titled Race Relations 4. Charity has been on a hot streak, delivering performances that will are sure to be remembered come award season. Race Relations 4 continues that trend with a scene that showcases Charity’s energy and intensity.

“I had a lot of fun in the scene and hopefully that comes across to the viewer,” said Charity. “The sex was great! I was turned on and in the moment. I want people to watch my scene and think ‘Wow, she’s really into it!’ and get into it themselves.”

When Charity isn’t scorching up screens with her exciting performances, she is busy taking over the internet with her incredible social media presence. Be it Twitter or Tumblr, Facebook or Formspring, fans can contact and interact with the ultra sexy star. Charity has even taken to vlogging her adventures on Youtube. Short personal videos have been posted of her answering twitter questions and reviewing movies.

Her latest DVD is unleashed! Watch fast rising super starlet Charity Bangs in interracial action in Race Relations 4. Then, be sure to let her know you’ve seen it via one of her social sites.