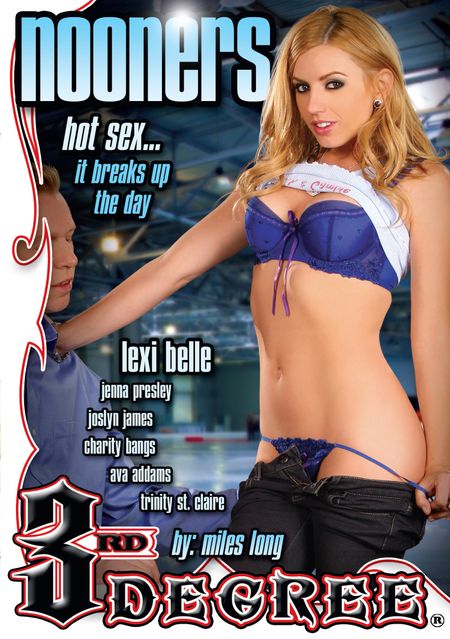 A Man on a mission, the ultra-busy director sees a number of projects come to fruition!

(Hollywood, CA) It's been an exciting month for award winning Hall of Fame director Miles Long®! Firstly, His latest movie for Third Degree Films, Nooners, recently saw release. Virtually ensuring Nooners is a hit, Long featured the ultra-sexy super starlet Lexi Belle on the video's cover. As Nooners begins to score among reviewers and fans, Long has been busy with promotions for his other recent DVD releases as well. An 'On The Set' article for Long's ode to motorcycle enthusiasts, Sleazy Riders, was featured in AVN magazine while HOT VIDEO magazine dedicated a whole article to Long and his girl on girl award contender,Girlfriends 3. Long also celebrated the recent trademark of his name this month by the US Patent and Trademark Office. Miles is a man in motion!

"I never really thought much about my trade name, until I found a company that had used my trade name without my permission to market one of their products," Miles said.  "It was then that I realized that I had to take steps to protect my brand name and had an excellent patent attorney represent me out of New York, culminating in the company paying me a substantial monetary settlement. My attorney encouraged me to trademark my name to prevent problems like this in the future so that was the first thing I did with the settlement money."

After filing the appropriate paperwork, and having received the Trademark from the US Patent and Trademark Office it can truly be said that there's only ONE Miles Long®.

Currently Long is busy in production with his upcoming release: Teen-ie Titties. As one might guess, it features smaller girls with smaller boobs that are easy to 'spin' around in the bedroom. "I've always wanted to make a movie about teens with smaller boobs, I call them 'Spinners'. I mean we talk about that all the time when we are in conversation, so I thought to myself..... Why not make a movie about it? With an awesome cast including Trinity St. Claire, Tia Cyrus and newcomer Casi James you can tell exactly where my mind was headed!" Long noted.

Stills from his super hot sex films are being revealed by Miles on his Twitter account, http://twitter.com/MilesLong4real. Follow Miles on Twitter for a preview of what is to come in Nooners and all of Miles Long's® directorial efforts.