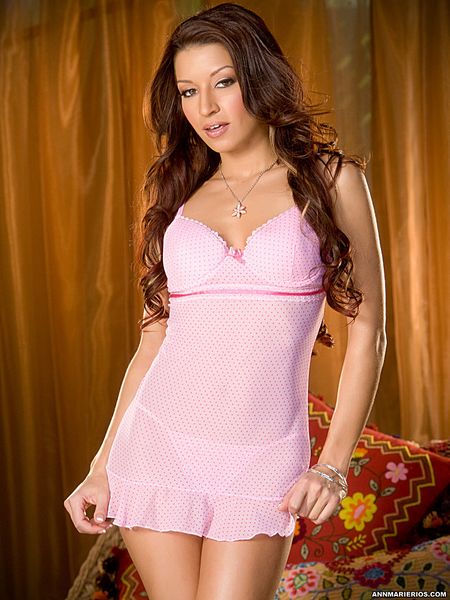 "It's nice to know that all the hard work that goes into AnnMarieRios.com has been noticed," said Ann Marie. "It has been a team effort and it has been amazing working with Jon Blitt at Premium Cash. I am grateful for all the hard work Eric and everyone over there does for the site. For the site to be nominated for an Xbiz Award for the second year in a row, is very exciting."

Part of the Premium Cash network, AnnMarieRios.com features the seductive star in hours of exclusive hardcore video as well as thousands of images. Members of the site are also invited to witness weekly live webcam shows that provide the opportunity to chat with the international sex star in real time. Those that join AnnMarieRios.com are also granted access to a myriad of other adult superstar websites. An L.A. Direct Models exclusive, Ann Marie can also be seen in scenes with other stars from the agency.

The Xbiz Awards will be announced at the annual ceremony held in Hollywood this January. Ticket and other show information can be found on the official website of the Xbiz Awards; http://www.XbizAwards.com.