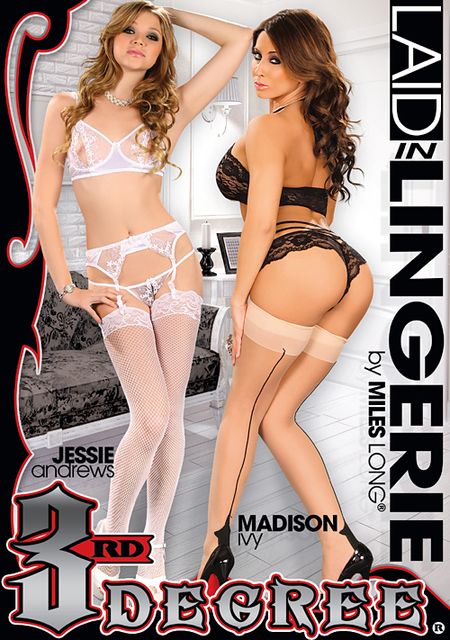 "I worked incredibly hard this year on my Videography, Still Photography, Directing and Promotions to do everything possible to make the best product I could so I'm very humbled and honored to be recognized by AVN with so many nominations," Miles said. "I really try with every movie I make, every scene I shoot and every picture I take to make something really special, something that I would want to look at myself. I always felt that if I made something that I wanted to look at, hopefully everyone else would want to look at it as well! When you spend a whole year trying to do that, it's extremely flattering to find that people noticed. I couldn't have done any of it without all those who helped make these productions. I want to say a special 'Thank you' to everyone who was instrumental in my success this year, both in front of the camera and behind it, as I wouldn't have been able to do it without all of you."

Miles will be attending the 2012 AVN Awards on January 21st at The Joint in the Hard Rock Hotel & Casino in Las Vegas. The show, which will be attended by the biggest names in the adult business, will also be the 29th annual event for AVN. More information about the event can be found on the AVN Awards website; http://avnawards.avn.com.

This Friday, Miles will also be appearing on Playboy Radio's Nightcalls at 5pm (PST) December 16th, with Nikki Hunter and Debi Diamond.  "I've been looking forward to this for a long time, as I have shot both Nikki and Debi and had an AWESOME time on set with both of them," Miles says with a grin. "It will be a pleasure to be on the radio talking with them as well as catching up with them in person!! The last time I was on Playboy Radio was a blast, and I can't wait to see what kind of trouble we're going to get into this time."

A testament to Miles' work, his DVDs are a "who's who" of porn's top talent, the newest is no exception. His newest release, Laid in Lingerie; featuring Madison Ivy, Jessie Andrews, Kara Price, Nikki Delano and Kayla Carrera, is already a bestseller and skyrocketing up the sales charts. "I'm a BIG fan of lingerie. I don't think there is a girl or guy out there who doesn't like seeing beautiful lingerie on a hot girl. It was awesome to make a movie featuring such an amazing group of performers, and to focus on nylons, stockings and lingerie!" noted Miles. "These scenes were some of the hottest and steamiest scenes that I have ever shot. With such great chemistry and plenty of nylons and stockings play in each scene, it's great to see that this movie is such a hit with fans!"  Stills from Laid in Lingerie are being revealed by Miles on his Twitter account, http://twitter.com/MilesLong4real. Follow Miles on Twitter for a preview of what is to come in Laid in Lingerie and all of Miles Long's® directorial efforts.

In addition to his movie work, Miles is making a success of his photography work. The director has been steadily making a name for himself as one of the top adult photographers. Already this year, his work has been featured in virtually every well known adult magazine. Another 2 layouts are appearing in the January issue of Cheri Magazine; including a layout featuring one of the hottest adult superstars, Sunny Leone. Cheri is flying off the magazine stands now across the country. As if that wasn't enough, HOT Video Magazine from France also features an article all about Miles' multiple AVN nominated movie, the star studded Girlfriends 3.