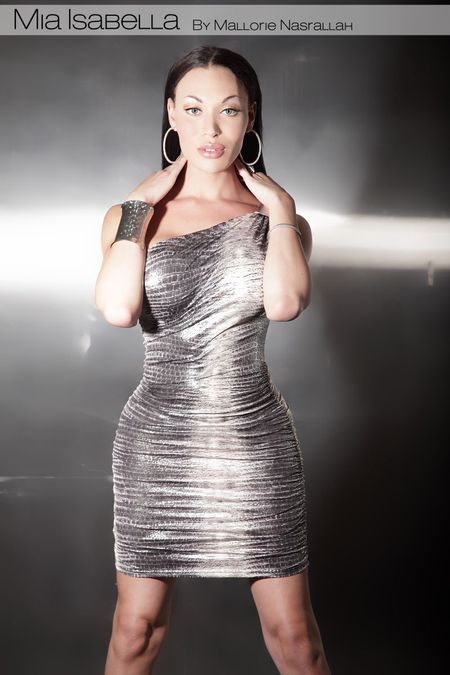 (Hollywood, CA) Adult entertainment superstar Mia Isabella is the recipient of two 2012 AVN Awards nominations! For consistently incredible performances throughout the year, Mia has been nominated for Transsexual Performer of the Year. The top honor in the Transsexual category for a performer is a title that perfectly fits Mia. The star has delivered her best work in 2011 from her stand out website scenes with XXX stars like Ashli Orion to devilishly delicious performances in titles like T-Girl Adventures Vegas (Exquisite) and Full Service Transsexuals Vol. 9 (Exquisite), the supermodel of sex has been unstoppable. All these elements make Mia a front runner in this category.

"I am honored to be nominated for in the 2012 AVN Awards," said Mia. "I think I have performed at the best of my abilities this year and for the people at AVN to take notice of that is amazing and appreciated. The Transsexual Performer of the Year award is an award that any performer in my genre would be thrilled to receive and a goal I have been working toward."

Mia's other nomination, for Best Alternative Website, celebrates her official site; Mia-Isabella.com. The site features the stunning adult star in exclusive hardcore video and incredibly sexy images. Also featured on Mia-Isabella.com are candid behind the scenes videos, Mia's diary and more. Truly a heaven for for fans of the award winning beauty. "This is an awesome nomination," Mia explained. "With Mia-Isabella.com, I try to come up with exciting concepts and settings that you won't typically find on other performer sites. It has a hardcore, high-end look and feel to it. There is hot, intense sex on there, but it's uniquely my own."

The 2012 AVN Awards are set to take place January 10th at the Hard Rock Hotel in Las Vegas. Ticket and other award show information can be found on the AVN Awards website; AVNAwards.com. Mia will attend to support her nominations.

2011 ends on a high note for adult superstar Mia Isabella! The exotic beauty heads into the AVN Awards with two nominations; Best Alternative Website and Transsexual Performer of the Year!