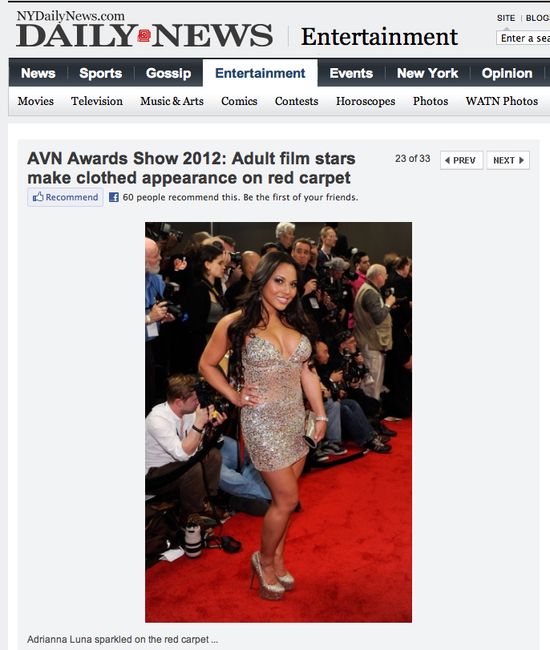 Hot new starlet Adrianna Luna was an undeniable hit on the red carpet at the 2012 AVN Awards! The New York Daily News featured an image of the stunning beauty's AVN Awards debut in a gallery dedicated to the event. The caption of the photo noted that Adrianna "sparkled on the red carpet" in her gold dress. An awesome way for one of the adult industry's rising superstars to make an impact.