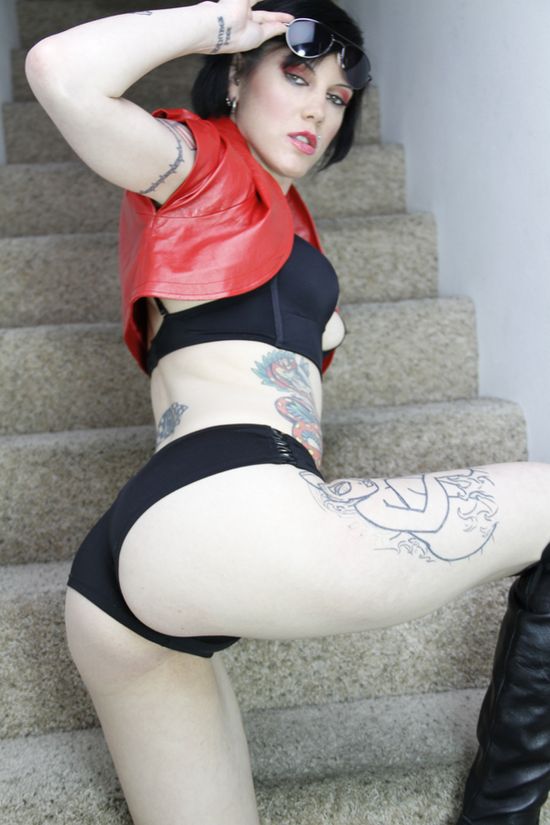 Cadence has attained a Best All-Girl Group Scene nomination for her performance in Art School Dykes.

(Hollywood, CA) Top "Alt" adult star Cadence St. John is recognized with a 2012 AVN Award for her scene in Nightingale Pictures' Art School Dykes. Cadence rocked a performance with stars Lily Cade & Katie Summers that earned the trio a Best All-Girl Group Scene. The nominated scene showcases an incredibly hot three way from the girls that has left reviewers and fans breathless. Avn.com raved about the movie giving it one of the site's highest rating of "AAAA" and reviewer Heather Namikoshi noted "This is a great stocking option for those who want real lesbian, less manufactured girl-on-girl action."

"It's always a good feeling to be nominated and I had a great time shooting the scene and the girls," Cadence said. "I'm looking forward to the awards and thank AVN."

Cadence will find out if she wins on January 21st at the annual AVN Awards taking place at the Las Vegas Hard Rock. The star will be in attendance to support her nomination. More information on the AVN Awards can be found on the event's website; http://avnawards.com.

Cadence will be making a special signing appearance this coming weekend at the annual Adult Entertainment Expo in Las Vegas. Taking place at the Hard Rock Hotel and Casino, Cadence will be signing at the Adult Talent Managers booth. There the sexy adult starlet will be meeting her fans and signing her hot selling DVDs on Friday from 11am - 3pm and Saturday from 10am - 1pm. Ticket and other information can be found at the Adult Entertainment Expo website; http://show.adultentertainmentexpo.com.

Meet AVN Award nominated Cadence St. John at the AEE event this weekend, and show your support for her nomination!