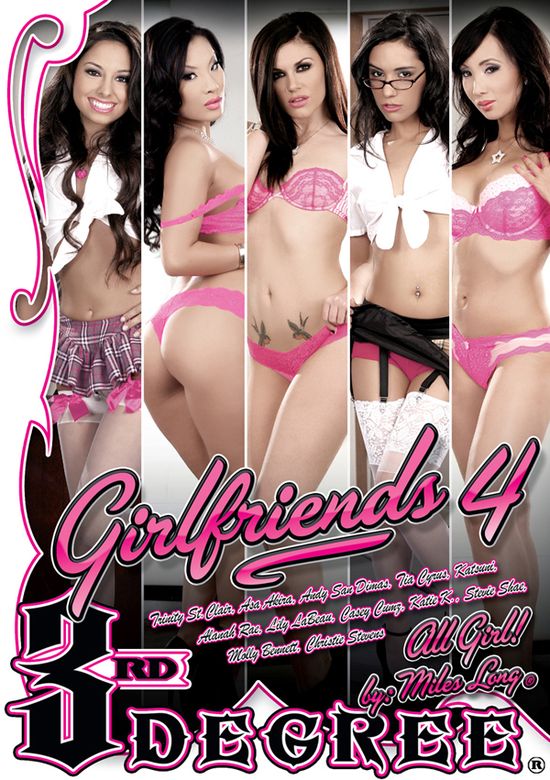 "I am really excited to be talking about Girlfriends 4,” said veteran director and performer Miles Long®. "I put a lot into it. I was very specific with the pairings, because I wanted the chemistry to be there. I only do one of these girl/girl movies a year, so for me, it's imperative that each scene rocks. Spice Radio is the perfect platform for me to discuss the making of what I hope to be an award-winning movie. I'll also be doing fun  giveaways to callers of the show. So, some lucky listeners will be among the first to have Girlfriends 4 to enjoy.”

The number to call during the show to talk to Miles is 1 (877) 205.9796.  More information on the show can be found at the Spice Radio website: http://www.siriusxm.com/spiceradio.

As with the first three Girlfriends films, each scene is a separate vignette focused on two or more girls who show off their real chemistry with lots of kissing, passion, toys and real orgasms throughout. In one vignette of this new installment, Katsuni throws a sex toy party, inviting Asa Akira, Alanah Rae and Andy San Dimas to play and investigate an array of adult novelties together, ending in a full-on orgy! Other stories include ‘lessons’ at a real indoor shooting range with Stevie Shae and Christie Stevens, a hot motorcycle mechanic keeping her client happy while she waits for a part with Casey Cumz and Lily LaBeau, prep-school college gals in uniform breaking the rules with Trinity St. Clair and Tia Cyrus, and a frustrating night out at a club that ends in way more fun at home with lots of satisfying orgasms with Katie K and Molly Bennett!

Stills from Girlfriends 4 are being revealed by Miles on his Twitter account, http://twitter.com/MilesLong4real. Follow Miles on Twitter for a preview of what is to come in Girlfriends 4 and all of Miles Long's® directorial efforts.

In addition to his movie work, it has also been another successful month of photography work for Miles. The director has been steadily making a name for himself as one of the top adult photographers. Another layout are appearing in the March issue of Finally Legal Magazine; including a layout featuring up and coming young starlet, Trinity St Clair.Finally Legal is flying off the magazine stands now across the country.

Miles is also celebrating his photos appearing on two billboards, a first for him in the photography field. "I was approached by Bare N Legal Showgirls and Fantasy Topless to provide them photos for the billboard advertising for their clubs. It was my pleasure to furnish them with photos of my good friend Chanel Preston who graced the cover my AVN Award winning Best Foot Fetish/ Leg Release Nylons 8." To help promote the billboards and Nylons 8, Miles will be giving away copies autographed by Chanel Preston, as well as free passes to the Pomona located Bare N Legal Showgirls to listeners when he appears on Spice Radio on the 21st.