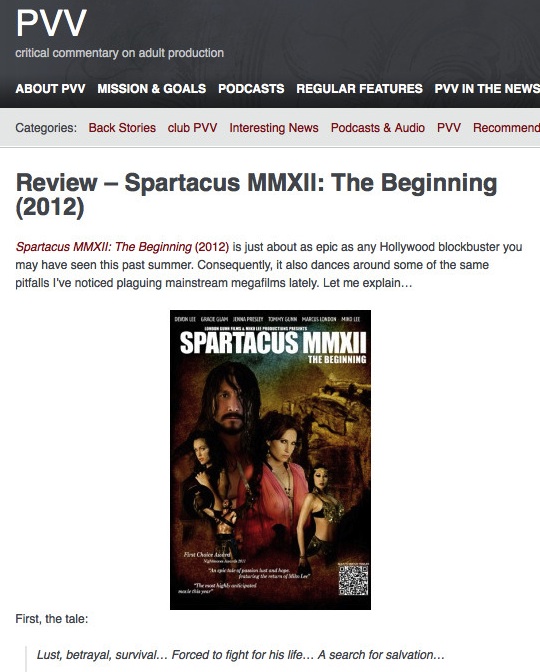 PVVOnline reviews the adult movie, Spartacus MMXII: The Beginning, as epic as any Hollywood Blockbuster you may have seen this past summer. Read how the big deal film went into a lot of effort into making the movie. From the size of the cast, the set design and costuming, and the fight choreography. Produced by London Gunn Films and Miko Lee Productions, disributed by Wicked Pictures, Spartacus MMXII meets “mainstream” on its own turf and definitely gives it a run for its money. Read more of what PVVOnline has to say about Spartacus MMXII here: pvvonline.com/?p=2282. For more Spartacus MMXII go to www.spartacusmmxii.com & www.spartacusxxx.blogspot.com.