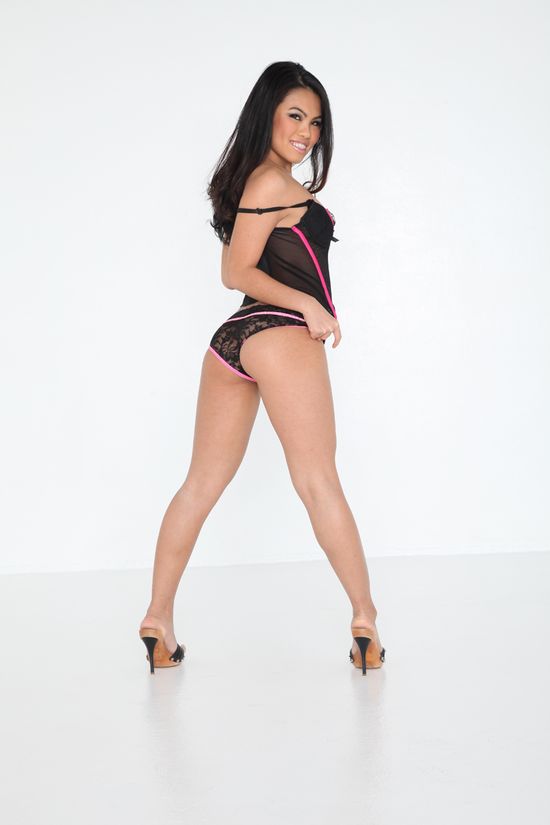 The Hottest New Girl nominee for the 2013 Sex Awards holds the title of "Best Facesitter" on The Mean Bitches Show.

Cindy is one of the most beloved guests on Sirius XM 102. The petite performer recently competed in the finals of the Mean Bitches Show Ass-Off and took home the win after besting other competitors in such competitions as “Lapdance contest”, “Roleplay Competition” and of course “Best Facesitter”. As part of her prize, she will be featured on the cover of a new DVD from Mean Bitch Productions/Evil Angel called Facesitting Tales 3.

“This is cause for celebration!” said Glenn King, Host of SexPro Adventures on Sirius XM 102, “We are so excited to have our Ass-Off Winner Cindy back on the show. We will be having a Crowning Ceremony, with the appropriate cake and adoration. We plan to eat the cake off of Cindy’s perfect, delicious Vietnamese Ass!”

"I always have a great time on SexPro Adventures and I was so excited to win the box cover feature on Facesitting Tales 3!" Cindy said, "I can't wait to join Glenn and Aiden for even more fun and sexy games!"

Cindy will be appearing on SexPro Adventures show on Tuesday, August 6th from 9-10pm PST. Listeners can call in at 1-800-774-2388 or tweet their questions to @meanbitchesglen.

Asian adult star Cindy Starfall is featured on the front cover of Facesitting Tales 3, an upcoming release from Mean Bitches Productions/Evil Angel. Fans can listen to Cindy on SexPro Adventures on Sirius XM 102 with Glenn King and Aiden Starr on Tuesday, August 6th from 9-10pm.