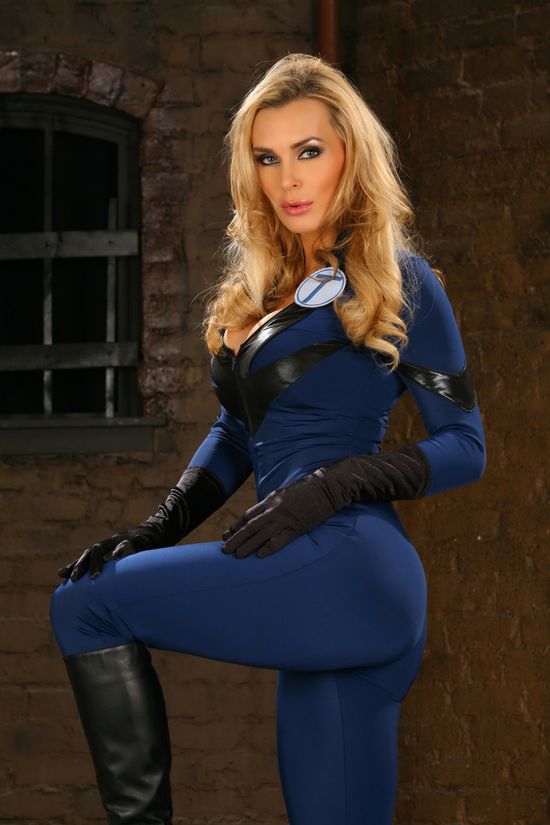 The prolific cosplay personality and geek blogger is set to make a special signing appearance this weekend at the Torrance, CA. event and display her My Hero Toys! prototype.

(Hollywood, CA) Cosplay superstar Tanya Tate (http://www.justalottatanya.com) continues her geek media immersion with the debut of her customizable vinyl action figure platform; My Hero Toys! Tanya is set to make a signing appearance at the Powercon convention, the annual celebration of the He-Man and the Masters of the Universe franchise. The event is scheduled to take place this weekend September 14th and 15th in Torrance, California. A noted cosplayer (costume player), Tanya has been featured on a multitude of geek centric sites for her fun and sexy take on her hobby. As an added attraction, Tanya has created a vinyl figure platform which she will be displaying at Powercon. My Hero Toys! is the line of vinyl figures Tanya is set to produce and release in 2014. In the shape of a female superhero, My Hero Toys! will allow customizers to design their own characters or re-create a pop culture or comic book hero. 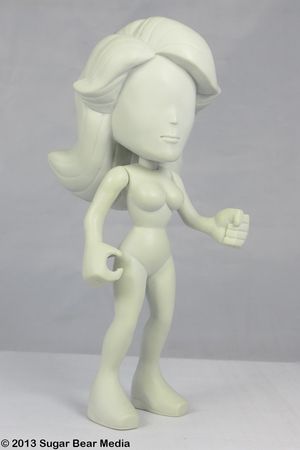 “Powercon is one of my favorite events,” said Tanya. “I wanted to do something special and unveiling this project that I have been working on for most of 2013 seemed like the right thing to do. I am entering the customizable and collectible vinyl figure market next year and hope that fans of this genre will support it.”

On the My Hero Toys! platform Tanya plans to also produce a limited run of her character she created Lady Titan. A prototype of the figure will also be on display at Powercon.

Customizable vinyl figure platforms have become a popular hobby. From artists using the base to express their creativity to fans opening their imagination, vinyl figures have become part of pop culture.

The genesis of Tanya’s My Hero Toys! project comes from her cosplay origins. “I simply wanted a customizable vinyl figure that was in the shape of a female superhero. There were not any on the market. So I created one.” Tanya Tate’s My Hero Toys! customizable vinyl figure will be available first quarter 2014. More information will be available on MyHeroToys.com.

Tanya has created a video to promote her upcoming Powercon appearance. The video can be seen here: http://bit.ly/TTPC2013.

Powercon takes place at the Torrance Marriott South Bay, 3635 Fashion Way in Torrance, California. Ticket and other information can be found on the Powercon website: http://bit.ly/TTPWRCON.

Tanya Tate makes sure her appearance at this weekend’s Powercon is extra special! See her My Hero Toys! vinyl action figure on display there September 14th and 15th.