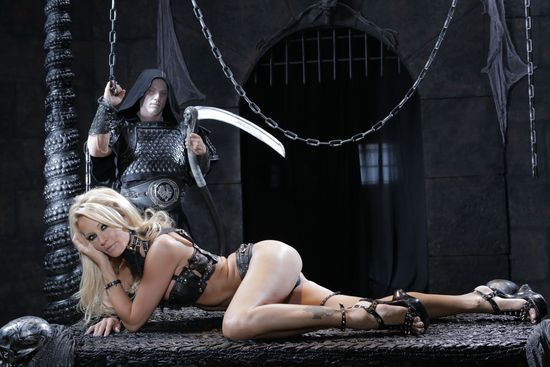 (HOLLYWOOD, CA) Established bad boy of adult entertainment Derrick Pierce (http://twitter.com/dpiercexxx) is blowing audiences away with his role in Underworld, a fall blockbuster from Wicked Pictures (http://wicked.com). The brawny bachelor is known for his versatility in adult scenes and virile sexual appetite. In Underworld, Derrick wows viewers with a heart-stopping performance alongside Wicked contract star Jessica Drake.

In this two-disc feature director Brad Armstrong combines breath-taking visuals, intricate costume design and world-class production with passionate, intense scenes that are sure to impress critics this award's season. Jessica Drake plays Tanya, a woman who awakes after a robbery in a dream-like purgatory where lost souls go to find out their fate. Derrick plays the seductive role of Death, the last obstacle Tanya must conquer before her fate is decided.

"I had a blast making this film," said Derrick. "The original set design and costumes really helped us get into our roles. Jessica was a pleasure to work with and we had amazing chemistry in our scene. I'm sure the fans will love it!"