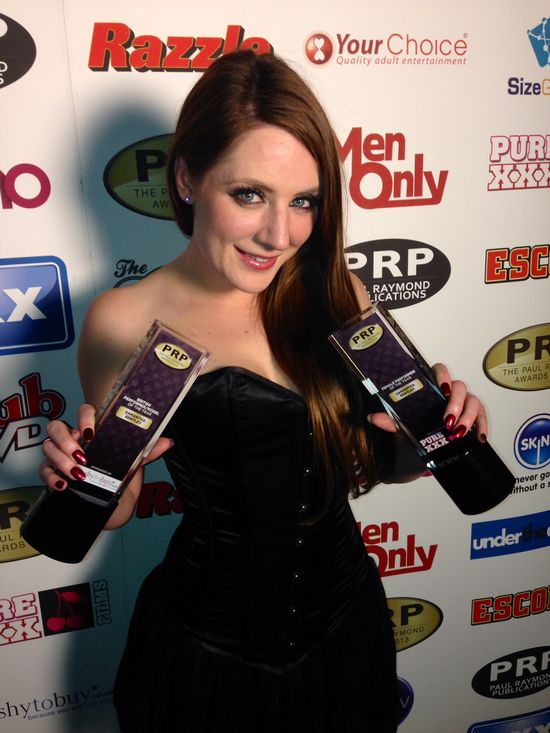 The sexy superstar is recognized with a pair of awards at the first annual event.

(LONDON, UK) British adult entertainment superstar Samantha Bentley (http://badbentley.com) is the recipient of two Paul Raymond Awards (http://paulraymond.com). The brunette beauty won British Model of the Year & Female Performer of the Year awards for her outstanding work. This year marked the first ever Paul Raymond Publications Awards with the winners decided by readers’ votes through PRP’s vast array of magazines and other forms including SMS, postal, email and social media. Held in London, November 4th, Samantha was in attendance to collect her awards.

“It was extremely exciting to win these awards,” said Samantha. “I’m fortunate to have such supportive fans. I thank all those that took the time to vote for me, it’s very appreciated. I also thank the Paul Raymond Awards for the amazing event.”

Paul Raymond Publications is the UK’s biggest and bestselling adult top-shelf magazine publisher and the home of adult magazines such as Mayfair, Escort, Men's World, Club, Men Only and Razzle.

While Samantha just claimed two awards, she is in the running for another; the Babe TV award for Best Female Performer. The Babe TV awards are sponsored by Babe Connexions in association with UK Adult Producers (UKAP). The Babe TV awards are also fan voted and UK residents can make their choice for Samantha as Best Female Performer by texting “Female 5” to 84555. Voting ends on 15/11/2013 with more details at  Babeawards.co.uk. The winners will be announced at the awards show to be held at the Spearmint Rhino in London on November 25th.

With two new titles to her credit, British Model of the Year & Female Performer of the Year, Samantha Bentley proves she is the performer to watch!

Posted at 11:43 AM in Paul Raymond Awards, Samantha Bentley | Permalink