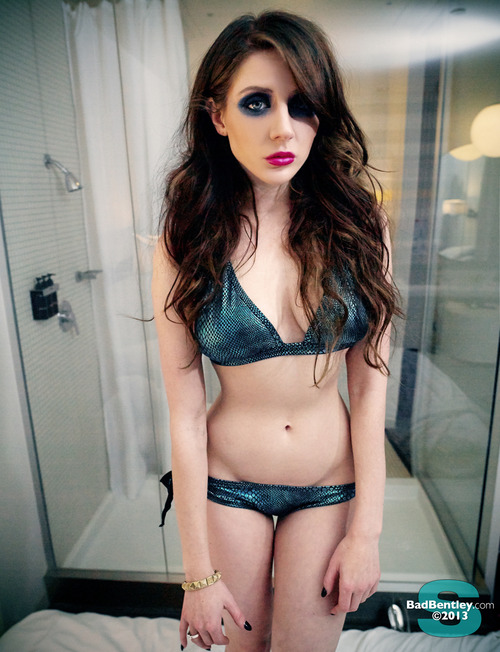 The naughty hottie is poised to also take home an AVN Fan Voted Awards as well as BABE TV Award.

(LONDON, UK) High-energy hardcore performer Samantha Bentley (http://badbentley.com) attains a nomination for Best New Starlet in Television X’s fourth annual SHAFTA Awards (http://shafta.xxx). Hot on the heels of her recent Paul Raymond Magazine Award wins, British beauty Samantha Bentley is on a fast track to add another award to her collection. After an incredible year of showcase worthy XXX scenes, the electrifying performer has enjoyed skyrocketing popularity and is now up for Best New Starlet in Television X’s highly regarded UK SHAFTA Awards. The SHAFTA Awards celebrate the best in British adult entertainment and as the SHAFTA Awards are fan voted, Samantha is looking to her legion of fans to support her nomination by casting a vote on the SHAFTA.XXX website.

“I really do have some brilliant fans,” said Samantha. “They have been showing me loads of support for my Best New Starlet nomination. I have my fingers crossed!”

The fourth annual SHAFTA Awards are set to take place 5th December in a gala event to be held at Rise Superclub, No. 1 Leicester Square in London. Voting for Samantha and additional event information can be found on the show’s official website: Shafta.xxx.

In addition to her SHAFTA Award nomination, Samantha is also in the running to win a 2014 AVN Fan Vote Award for Best Body. Voting has begun and will remain open until January 17, 2014, virtually up to the annual AVN Awards set to take place the 18th at The Joint, inside Hard Rock Hotel & Casino Las Vegas. Fans can make Samantha their choice for Best Body by visiting: http://bit.ly/SamAVN14.

If that were not enough BABE TV has nominated Samantha for Performer of the Year in their fan voted event. Fans in the UK can vote for Samantha Bentley by texting FEMALE5 to 84555. There is a charge to vote, however. Fans can vote as many times as they like as there are no restrictions. The Babe Awards will be held November 25th 2013 at the Spearmint Rhino Tottenham Court Road, London. More info can be found on the Babe TV Awards website: BabeAwards.co.uk.