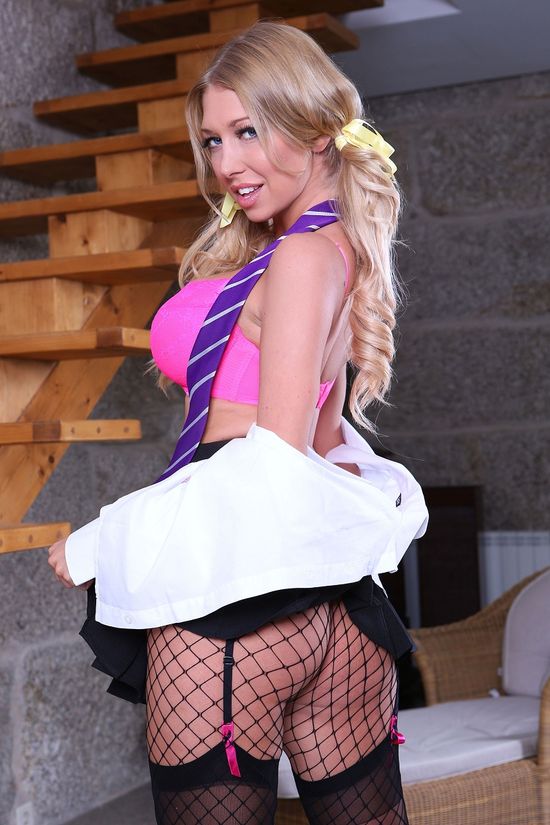 "I can't wait for my first boy-girl release!" Lexi said. "I love performing in lesbian scenes and always said I would never make the progression to boy-girl unless I met a stud I really connected with. When I met Jay Snake I knew the time was right for me to make my boy-girl debut.  I know my fans will love Young Harlots and I enjoyed it so much I already have more boy-girl scenes scheduled!"

The busty blonde first announced she'd be appearing in boy girl films at Erotica UK while signing with Paul Raymond Publications. Watch her announcement in the video below:

Lexi Lowe currently self represents for US and UK bookings and can be reached at
Lexi_Lowe@live.co.uk