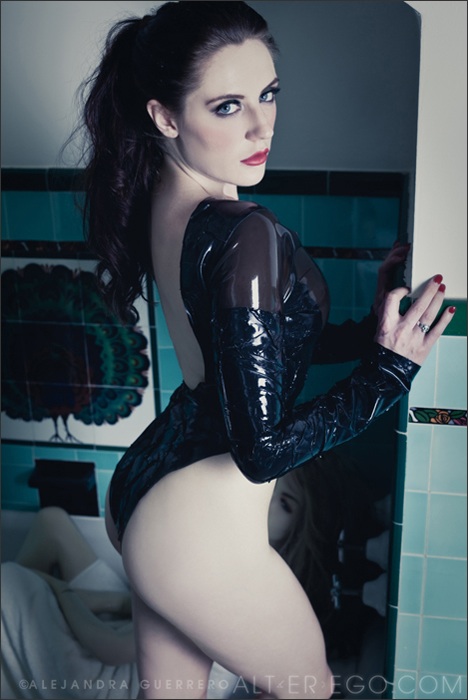 The British bombshell has proven her popularity in the UK and now seeks to dominate the US market.

(HOLLYWOOD, CA) UK adult star Samantha Bentley (http://badbentley.com) has solidified herself as one of the top foreign talents in the industry, earning nominations for Foreign Female Performer of the Year in the 2014 XBiz Award (http://xbizawards.com) and 2014 AVN Awards (http://avnawards.com). The busty beauty has had a stand out year in adult, performing in highly recommended films such as Rocco Siffredi's Perfect Slaves, Tanya Tate's Brit School Brats and her first self-titled release, Samantha Bentley is Filthy.

"I am so honored to be nominated in the 2014 XBiz Awards and 2014 AVN Awards!" Samantha said. "I've worked hard all year and it feels incredible to be internationally recognized."

The 2014 XBiz Awards are presented by Fleshlight and winners will be announced in a gala awards show hosted by former celebrity adult star Jenna Jameson on January 24, 2014 to take place at Century Plaza Hotel in Century City.

For more information about the 2014 XBiz Awards, please visit XbizAwards.com.

Celebrating its 31st award show, the 2014 AVN Awards will take place on January 18, 2014 in Las Vegas, NV at The Joint located in the Hard Rock Hotel and Casino. The award ceremony will be hosted by acclaimed adult stars Chanel Preston and Samantha Saint.

For more information about the 2014 AVN Awards, please visit avnawards.com.

Breakout UK star Samantha Bentley is nominated for Female Foreign Performer of the Year in the 2014 XBiz Awards and 2014 AVN Awards.