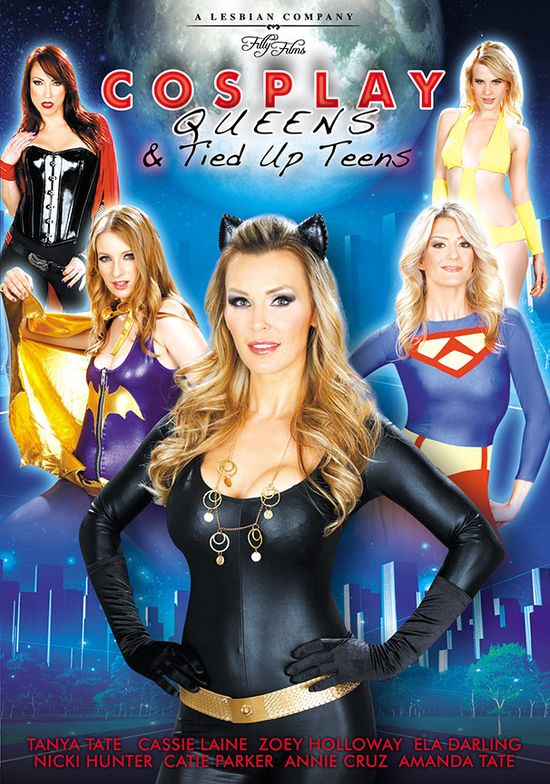 “This is my love letter to geeks and cosplay,” said Tanya of her movie. “I wrote and directed it with fandom in mind, so it’s only fitting that the first official pictures from the movie appear on a site like Hollywood Gone Geek.”

HollywoodGoneGeek.com is an entertainment news and review site that celebrates all things geeky from superhero movies to comic books and collectible toys. The gallery of images from Tanya Tate’s Cosplay Queens and Tied Up Teens can be found here: http://bit.ly/TTCQHGG.

In Tanya Tate’s Cosplay Queens and Tied Up Teens Tanya and her gal pals are excited for Comic Con! Before Tanya suits up in a sexy superhero cosplay costume she has a naughty dream of being a super villain! Super starlet Amanda Tate is strapped down in Tanya’s laboratory where she is given an orgasmic full body physical. When the fantasy comes to an end, Tanya checks on Annie Cruz who would rather play with her geek girlfriend, Catie Parker, in the shower before gearing up to go. Tanya is not the only one with dirty thoughts, as gamer girl Ela Darling has her own hot and heavy fantasy that involves being dominated by seductress Nicki Hunter. After a day of geeking out, Tanya comes home with her bag of comic book swag to see sexy Zoey Holloway has set up a naughty birthday party that involves a horny three-way with Cassie Laine who is lassoed in a bow. The women wear the capes and the girls get roped in this superhero fantasy.

The British bombshell is no stranger to being featured on comic book and geek-centric sites. Since 2010, Tanya has been a staple at comic cons, making appearances across the US and being showcased on several geek-centric sites. Her own cosplay blog, JustaLottaTanya.com has continued to thrive and grow popularity.

The first set of images from Tanya Tate’s Cosplay Queens and Tied Up Teens are here! Find them on HollywoodGoneGeek.com!