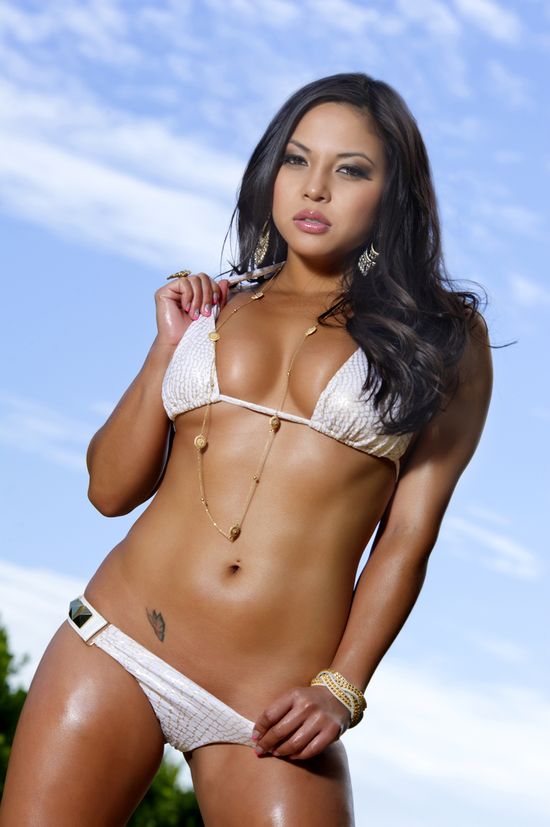 The alluring starlet will be available to meet fans at the annual adult convention.

(HOLLYWOOD, CA) 2014 Best Actress nominee Adrianna Luna (http://twitter.com/adriannalunaxxx) is gearing up for appearances at the 2014 Adult Entertainment Expo (http://adultentertainmentexpo.com) and Adult Video Network (AVN) Awards (http://avnawards.com). The Adult Entertainment Expo (AEE) runs from January 15th through the 18th and is be held at the Hard Rock Hotel & Casino. At the AEE, Adrianna will be appearing at the Official AVN booth on Friday, January 17th from 3-4pm. There, she will be meeting fans, posing for pictures and signing autographs for those attending the annual event.

"I'm so thrilled to return to AEE and the AVN Awards!" Adrianna said. "Last year I was nominated for Best New Starlet so it's an honor to come back as a contender for Best New Actress and show my fans how much I've grown."

Fans can also meet Adrianna while she co-hosts two parties in honor of Penthouse's 2014 Pet of the Year. The November 2012 Penthouse Pet will be partying at Pure Nightclub inside Caesar's Palace on Friday, January 17th from 11pm-2am and at Chateau Nightclub inside Paris hotel on Saturday, January 18th from midnight through 3am.

During AEE Adrianna will be available for a limited amount of interviews. To schedule an interview with Adrianna please contact Star Factory PR at [email protected].

Tickets and other information for the annual AEE can be found at http://adultentertainmentexpo.com.

For more information on the 2014 AVN Awards please visit http://avnawards.com.