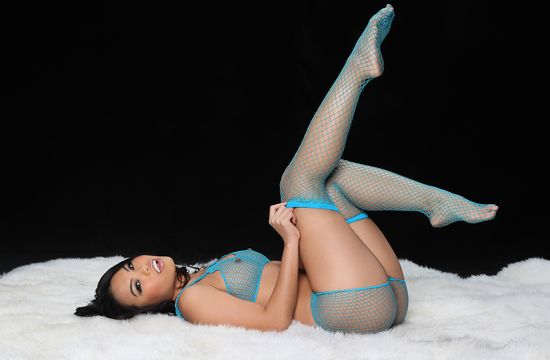 The naughty hottie earns a coveted nomination for the 2015 AVN Awards.

(HOLLYWOOD, CA) Seductive adult star Cindy Starfall has received a nomination for the 2015 AVN Awards (http://avnawards.com) in the Best Three-Way Sex Scene - B/B/G category for her steamy performance with Erik Everhard and Karlo Karrera in Elegant Angel's Best New Starlets 2014. Nominated at last year's AVN Awards for Most Promising New Starlet, Cindy has had a prolific year in adult earning her a devoted fan base for her swinging sensuality and warm personality.

"I couldn't be happier to be recognized by the AVN Awards!" Cindy stated. "I had a great experience working with Erik and Karlo, and I'm glad our heat translated to the screen. I'm looking forward to a fun night in Las Vegas celebrating with all the other nominees."

Hosted by Alexis Texas and Tommy Pistol, the 32nd annual AVN Awards Show, known as the "Oscars of Adult," will be held January 24, 2015 at the Hard Rock Hotel & Casino in Las Vegas, NV.

Along with her sultry performance in Best New Starlets 2014, the Vietnamese temptress has been keeping busy, starring in recent film releases It's An Asian Thing 2 (Digital Sin), Asian Infatuation (Ace in the Hole), Lez Be Lovers (Adam & Eve), and the upcoming Jules Jordan film Slut Puppies 9. Stay up to date with Cindy’s every naughty moment by following her on Twitter @CindyStarfall.

Posted at 09:16 AM in AVN Awards, Cindy Starfall | Permalink