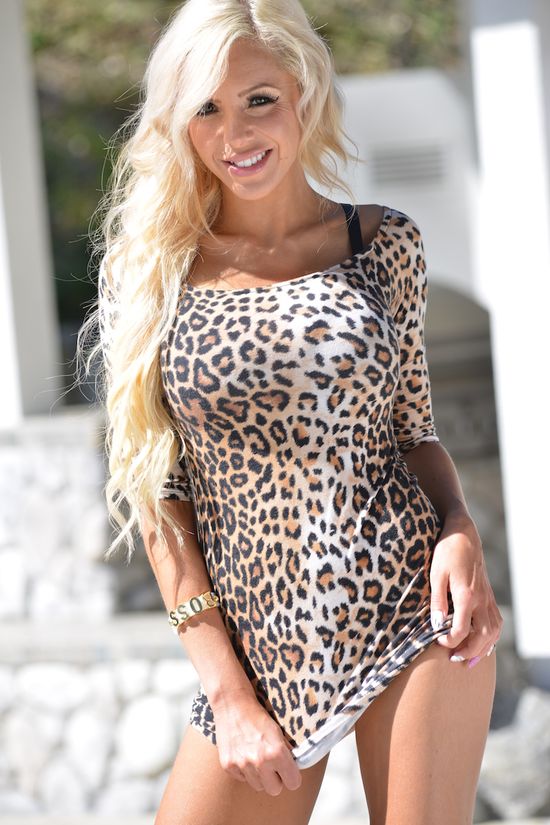 (Hollywood, CA) Busty blonde Nina Elle has been given a warm welcome by the adult industry, highlighted by her nomination for the coveted MILF Performer of the Year award at the 2015 XBIZ Awards (http://xbizawards.com). Since leaving behind a career in the dental hygiene industry, the naughty newcomer has appeared in such feature films as Cougars Crave Young Cock 4 (Lethal Hardcore), Hard Core Passions 2 (413 Productions), Kittens & Cougars 7 (Zero Tolerance), and recent Filly Films release Lesbian Family Affair.  In addition to her MILF nomination, Cabana Cougar Club from Wicked Pictures, which features Nina, received a nomination for Couples-Themed Release of the Year.
"I am very excited to have my first XBIZ nomination," Nina exclaimed. "I have really worked to give this industry my all and keep my head up through the hard times (no pun intended). Receiving this nomination makes it all worth it!"
A former military brat, Nina discovered the seductive world of webcam modeling while watching a documentary exposé on television series Our America. She gave webcamming a try and hasn't looked back. Loved by her growing fan base, the #NinaNation, for her infectious passion and dangerous curves, Nina continues to impress the industry with her hot moves and hardcore scenes.

The upcoming 2015 XBiz Awards serve to honor the best of adult entertainment. The awards will be handed out at a gala event held January 15th at the JW Marriott LA Live Hotel in downtown Los Angeles.