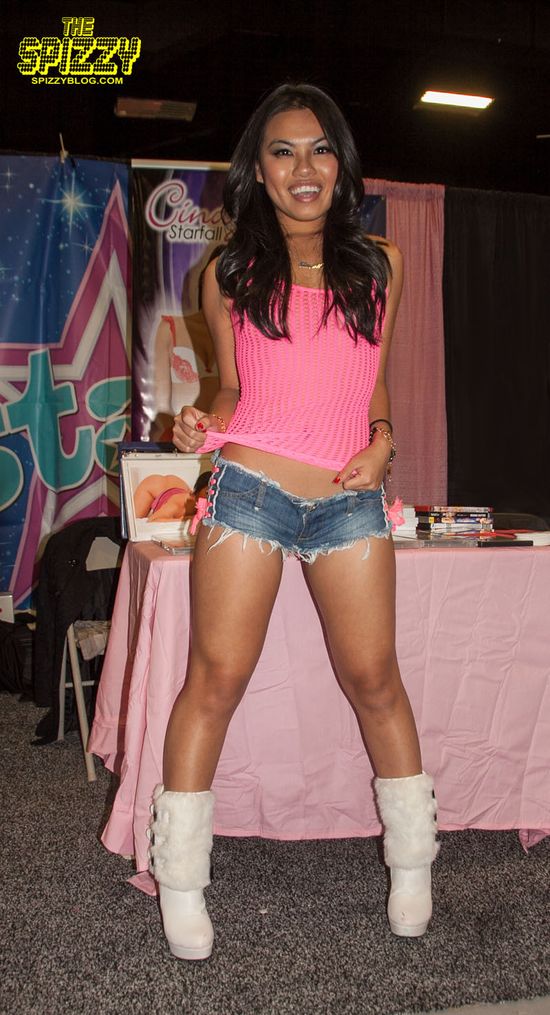 When Black Pacino of The Spizzy ran into hottie starlet Cindy Starfall at New Jersey's EXXXOTICA Expo, it made attending the event all the more worthwhile. Cindy even revealed more than just her sexy booty shorts! In her Q&A, she divulged that she has an upcoming self-titled movie on the way that should “push her career to another level.”

Fans can keep abreast of anything and everything Cindy Starfall, including upcoming feature dance appearances and movie releases by following her on Twitter @CindyStarfall.

Interview requests for Cindy Starfall can be made to info@starfactorypr.com.

Posted at 03:00 AM in Cindy Starfall | Permalink