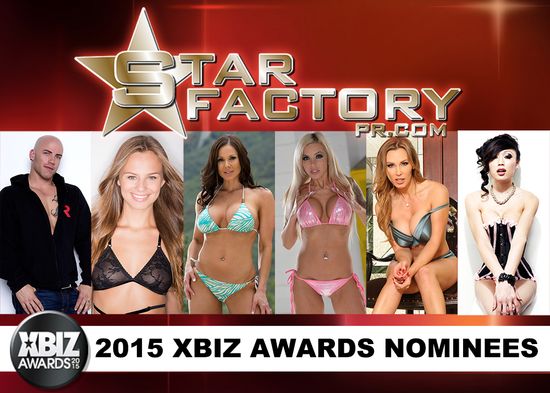 Award season in the adult industry is in full swing and just announced are the nominees for the 2015 Xbiz Awards. Once again, Star Factory PR clients are represented with several nominations. Take a look at the list below:

The 13th annual Xbiz Awards is set to take place in Los Angeles on Jan. 15, 2015 inside a cutting-edge special events venue located at L.A. Live. More info can be found on the Xbiz Awards website, here.