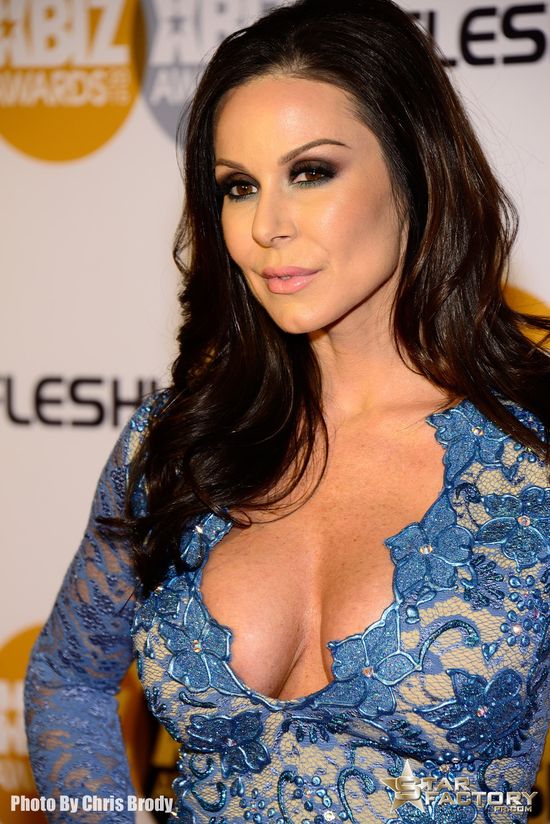 The powerful performer launches into 2015 with an award win!

“Winning the award was a moment I’ll never forget,” said Kendra. “Even though I was nervous on stage I made sure to thank everyone that was important to me. I am very grateful to XBIZ and especially the fans, who have supported me all of my career.”

Held in Downtown Los Angeles at L.A. Live’s The JW Marriott Hotel. the gala event recognized the finest in adult entertainment. More information on the XBIZ Awards can be found on the show’s official website: http://xbizawards.xbiz.com.

The latest addition to Kendra’s stellar filmography is Lesbian Family Affair 2 from Filly Films. The newly released taboo themed title features the sexy star in a three-way girl on girl on girl scene. In Lesbian Family Affair 2, Kendra catches daughter Ariana Grand massaging sister Whitney Westgate’s boobs and steps in to show her the right way to do it. The rub-down turns dirty when the girls get turned on and an orgasmic afternoon occurs. The trailer can be fund on the official Filly Films website here: http://bit.ly/LFA2trailer.