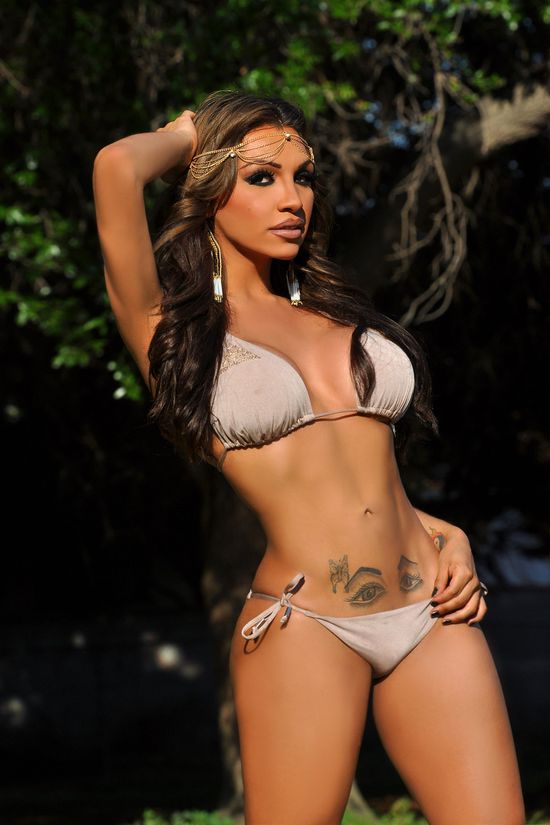 The up and coming starlet attains her first industry award.

(HOLLYWOOD, CA) Adult entertainment starlet Jessy Dubai wins Best Transsexual Performer in the XCritic Awards. In just over a year of performing, Jessy Dubai has taken the industry by storm and has quickly established herself as a performer to watch. With a consistent stream of breath-taking sex scenes, the 2013 and 2014 Miss Colorado Transsexual found herself in the spotlight. The Xcritic reviewers took notice of Jessy's work and after an extensive process, have named her XCritic Awards’ Best Transsexual Performer.

“I’m very thankful the reviewers at XCritic enjoyed my scenes,” said Jessy. “I’m very appreciative of the recognition. I love filming, I love what I do and I think I have a lot to come.”

As she collects accolades from XCritic, Jessy may be adding more awards to her growing list of credits. The sexy star is currently nominated in the 7th Annual Transgender Erotica Awards. An exciting body of work has attained her a nomination for Best Hardcore Performer, while one scene in particular from Tranny Chaser 2: Confessions of a Pool Boy, has landed a Best Scene nom. The Transgender Erotica Awards are set to take place on February 15th at the Avalon club located at 1735 Vine St. in Hollywood, CA. Ticket and other show information can be found on the events official website: http://www.theteashow.com.

When she is not collecting awards and nominations, Jessy is busy with custom movies and webcaming. The enterprising performer is always available for naughty Skype shows and personalized custom movies where the only limit is one’s imagination. More information can be found here: http://bit.ly/JessyDubaiCustom. The enterprising performer is also looking for new performers and is currently accepting submissions for new talent. Information on model submissions is available on Jessy’s site here: http://bit.ly/JessyDubaiModelSub.

Jessy Dubai wins Best Transsexual Performer in the XCritic Awards! Already a star on the rise, this passionate performer’s career is one to keep an eye on!

Jessy Dubai self represents and can be booked at:
jessydubai698@gmail.com