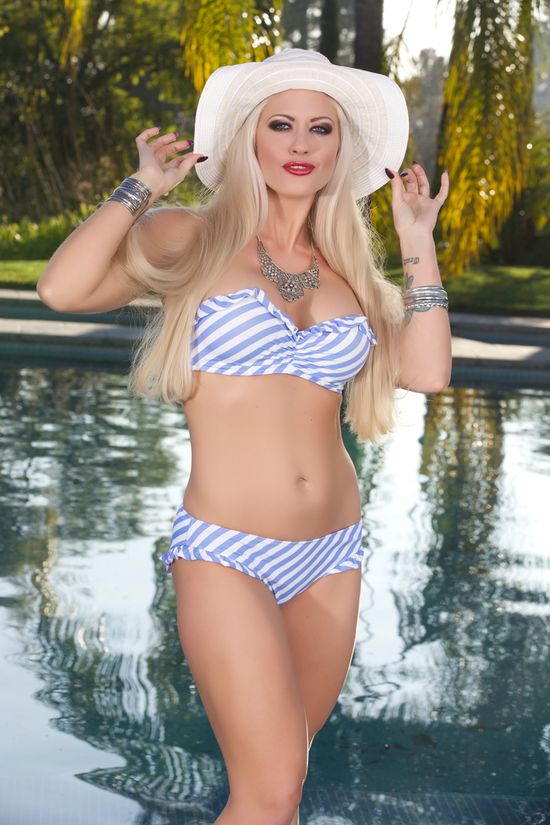 (HOLLYWOOD, CA) Up and coming adult entertainment star Holly Heart (https://twitter.com/HollyHeartxxx) has been in high-demand from industry production companies and now the results are coming to light. Several new scenes featuring the stunning blonde have been released including one from a series that has attained some controversy, Take The Condom Off from Pornfidelity. The scene sees Holly in a hardcore scene with Ryan Madison in which mid-way though the scene the condom is removed due to overwhelming passion.

“I think Take The Condom Off was really was more than just a sex scene,” said Holly. “It was also a commentary of sorts on the controversy of Measure B and the rights as performer to choose whether or not to use a condom in a sex scene. As a performer we have rights and should be able to express them.”

Take The Condom Off: Vol. 1 DVD can be found from online retailers, while the scene can be viewed from the Pornfidelity website here: http://bit.ly/HollyHeartTTCO.

Another hot new release to showcase the talents of Holly is I Came on James Deen's Face 2 from James Deen Productions. Holly heats up the screen as a recipient of oral pleasure from James until she is drenched with orgasmic pleasure.

More newly released DVDs to feature Holly include DP My Wife With Me 6 from Reality Junkies and  Pussy Whipped 3 from Evil Angel.

Fans of Holly Heart have several new scenes to look forward to! The blonde bombshell’s adoring audience can also learn more about her by reading the interview on AInews.com.