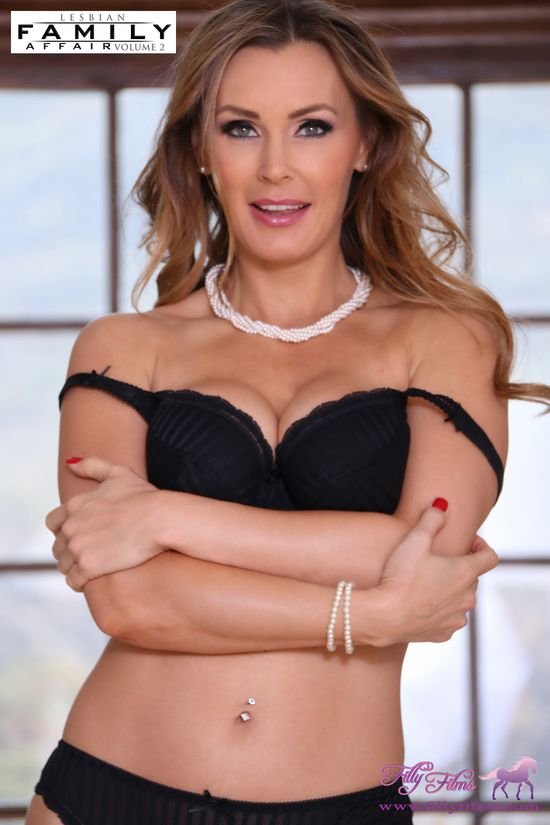 “The response to Lesbian Family Affair 2 is overwhelming,” said Tanya. “I had some expectation that the fans would like it because I cast rather popular and exceptional performers. When the solidly positive reviews came back from critics, I was quite pleased.”

“Another winning incestual release from the filthy mind of Tanya Tate!” writes Captain Jack of AdultDVDTalk.com. “…the opening scene with Tanya, Jillian and Abby was very hot.”

“My favorite scenes here include the threeway featured on the cover between Cross, Janson and Tate.” agrees Holly Kingstown of Fleshbot.com.

Bono-one also of AdultDVDTalk.com writes “If you enjoy the whole incest themed g/g genre then you know Tanya has gotten quite good at creating them.”

“Overall Ms. Tate did a commendable job with these scenes and offered up some good all girl sexual enjoyment.” writes Art Koch of AllAdultNetwork.com.

The trailer and box-cover for Lesbian Family Affair 2 can be found on the official Filly Films website: http://bit.ly/LFA2trailer. DVDs signed by Tanya Tate can be purchased via her webstore: http://bit.ly/LesbianFamilyAffair2.

With the success of Lesbian Family Affair’s first two installments, Filly Films will be moving ahead with a third volume in the series. Once again, the video will be directed by and starring Tanya Tate. Still in the planning stages, no specifics have been revealed. Tanya has put open a call to fans for suggestions on scenarios and casting they wish to see in the Lesbian Family Affair 3. “I have already come up with some scenarios for LFA3,” said Tanya. “But I am very open to what fans want to see. This was created because we listened to the fans and what they bought. So, their input is very valuable.” Those wishing make suggestions can do so via social networking site Twitter by tweeting Tanya directly @TanyaTate.

The fans have already spoken and now the critics do, too. Filly Films and Tanya Tate land another hit with Lesbian Family Affair 2!