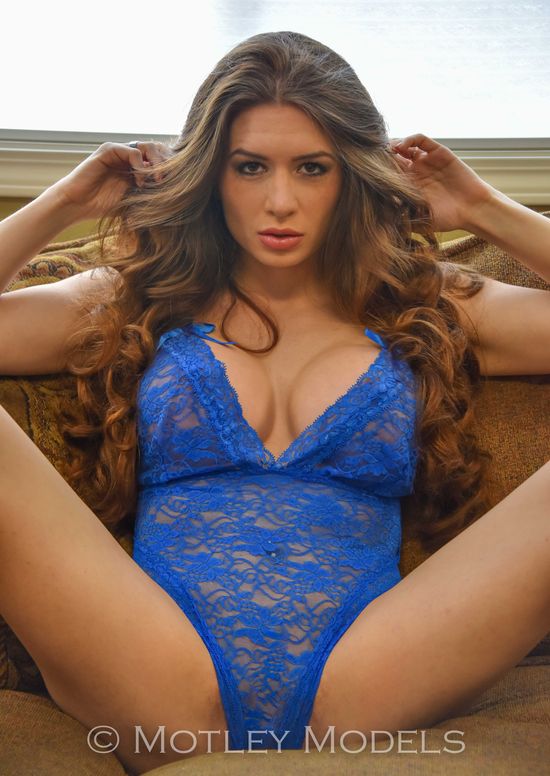 (HOLLYWOOD, CA) Motley Models proudly announces the signing of Veronica Vain for representation. Veronica made headlines across mainstream news when she announced via social media that she was leaving a Wall Street position to pursue her true passion of adult entertainment. Veronica’s story has since been featured in several high-profile media outlets including LAWeekly.com, NYDailyNews.com and FoxBusiness.com.

Other mainstream sites showcasing Veronica include:

Now the sexy starlet is looking to capitalize on her growing popularity and has signed with Motley Models to further the adult industry career she launched a few short months ago.

"We are very delighted to bring Veronica on board…she’s the full package," said Dave Rock, CEO of Motley Models. "Veronica’s career was born in the center of financial universe, that being Wall Street. Anyone who reads the financial news knows this girl is coming to a screen near them soon. They’re eager for the content…probably why her debut DVD still sits at number 1. The great part is, she’s not around to fake these scenes, she wants to shoot and perform at the highest level and make Veronica Vain a household name."

She possesses supermodel looks and her performances are already comparable to AVN/Xbiz winners. Packaged with her remarkable business acumen that understands the importance of a client getting a return on an investment, she'll elevate any brand she's associated with."

"I'm excited to sign because Dave Rock and I have super good vibes, and I'm working on several entrepreneurial projects outside of my performing career that take time away from me managing myself on my own," said Veronica.

Established in 2010, Motley Models has grown to become an adult agency leader. From their unquestionable professionalism to their well proven management techniques, Motley has formed a reputation for cultivating stars. Booking information for Veronica Vain can be attained by contacting dave@motleymodels.com or calling 818.483.6525.

Screwing Wall Street: The Arrangement Finders IPO demonstrated Veronica has the makings of a superstar. Released by Evil Angel and directed by Manuel Ferrara the film was the recipient of incredible reviews. “This release is fucking hot! Veronica does a very good job for her first time out.” wrote Captain Jack of AdultDVDTalk.com while Reviewer Don Houston of Xcritic.com gave Vain’s debut film a “Recommended” label. Clearly, she is the new star to watch.

Motley Models is now representing Veronica Vain! The Wall Street woman that wowed the mainstream press can be booked exclusively from Motley Models.

Posted at 05:59 AM in Motley Models, Veronica Vain | Permalink