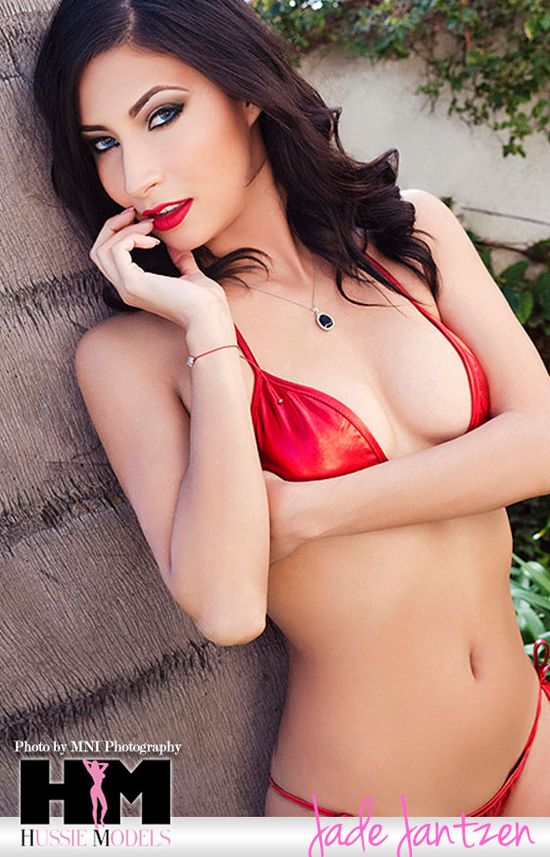 The hardcore hottie is recognized for her stellar body of work over the last year.

“I’m very excited about being nominated for Nightmoves Best New Starlet,” said Jade. “I didn’t expect to be nominated, so to find out that I was, was an incredible feeling. I’m glad my movies are being seen and enjoyed.”

The Nightmoves Adult Entertainment Awards are a fan voted event. Jade will be looking to her followers to show their love by voting for her as this year’s Best New Starlet. Voting can be done on the Nightmoves website: http://bit.ly/SFPRNM15. Voting ends September 15th, 2015 at midnight. The winners will be announced at the 23rd annual Nightmoves Awards on October 11 at the Tampa Gold Club. The award show is the culmination of the Nightmoves Fan Fest event happening October 8th - 11th. Ticket and other information on the Nightmoves Fan Fest and awards show can be found on the official website: http://bit.ly/NMShow15.

Hussie Models' Jade Jantzen lands a Nightmoves nomination for the Best New Starlet award! Show support for this powerhouse performer by voting for her now!

Booking information for Jade Jantzen can be found on on the Hussie Models website: http://bit.ly/JadeJantzenHM.

For the latest news on new additions and availability of Hussie Models talent in Las Vegas, South Florida, Los Angeles and Arizona, follow them on Twitter at https://twitter.com/hussiemodels.