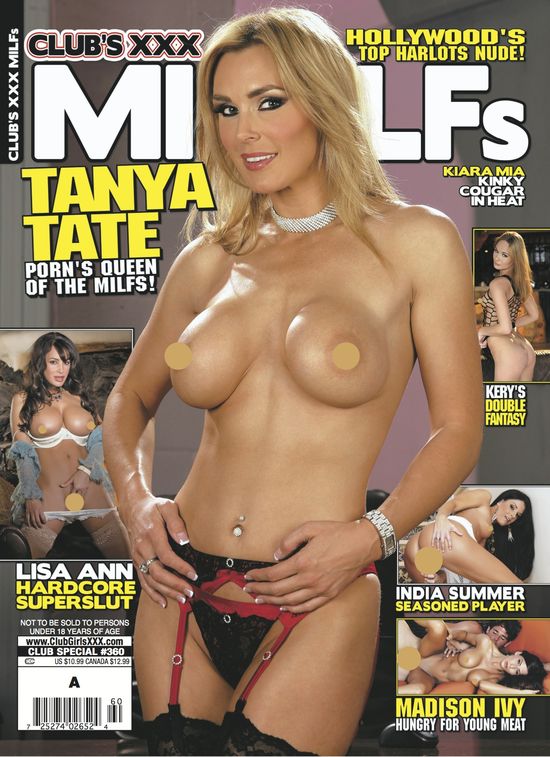 “The cover is lovely!” said Tanya. “I’m quite happy with it. Club is an awesome magazine. To be titled ‘Porn’s Queen of the MILFS!’ is quite an honour. If they think my image on the front looks hot, I can't wait for the lads to open the magazine, see the spread and have a good wank!"

While securing the cover of a high profile adult magazine is enough to be excited about, Tanya has another reason to celebrate; the upcoming release of her next Filly Films movie - Tanya Tate’s Baby Sitting Academy. Directed by and starring Tanya, the lesbian themed video features some of today’s hottest up-and-comers engaged in hardcore sex scenes with the adult industries most popular MILFs. Along with Tanya, the cast includes Chloe Amour, Cherie Deville, Jaclyn Taylor, Jenna Sativa, Elektra Rose, Cali Carter, and in her first ever sex scene - Jasmine Summers.

“I met Jasmine via Twitter,” notes Tanya. “She was a ‘Tater,’ a fan of mine, and she wanted to do a scene with me. So I made it happen! She’s a natural. See how well I treat my fans!”