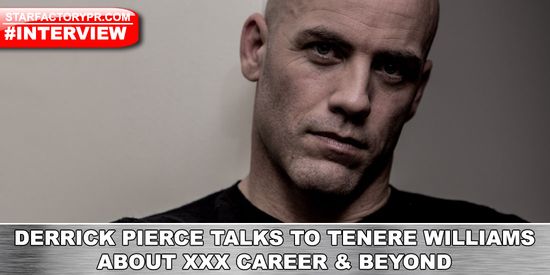 Derrick Pierce opens up to Tenere about adult entertainment, business, crossfit and more.


Award winning adult star Derrick Pierce checks in with Tenere Williams for an interview that covers several aspects of his lengthy career.

In an industry where the females are clearly stars, adult performer Derrick Pierce has managed to carve out a little bit of the stardom pie for himself. But don’t get it twisted, he’s not only a performer but a full fledged businessman. On top of his performing career, Derrick also has tapped into his athletic side and  owns a CrossFit company, CrossFit Drop, where he trains all types of athletes and celebrities…including other adult performers.

To check out the Derrick Pierce interview with Tenere Williams click here: http://bit.ly/DpierceTW15.

Interview requests for Derrick Pierce can be made to Star Factory PR - info@starfactorypr.com.

Posted at 04:02 AM in Derrick Pierce | Permalink