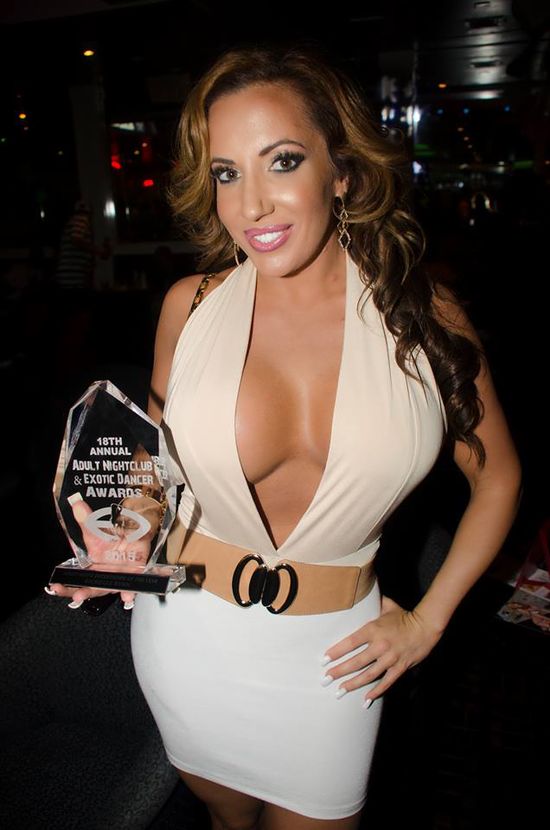 The brunette bombshell take home the coveted award for a second time.

The 2015 event was held August 25th, at the Civic Theatre during the 2015 Gentlemen’s Club EXPO in New Orleans. Richelle was on hand to accept the award and was thrilled by the announcement of her win.

"I am still completely blown away, being the 2-time Adult Movie Entertainer is a HUGE honor,” Richelle exclaimed. “Being recognized by the Exotic Dancer Magazine, club owners, DJ's, general managers, agents and fellow entertainers is out of this world. Feature dancing is a big part of my career that I love. I started off as an entertainer before I entered into the adult business and now being able to travel the country and headline in the top clubs all over the country has been incredible and I'm blessed to do this."

Richelle’s win at the 2015 Exotic Dancer Awards marks the second time she has won the Adult Movie Feature Entertainer of the Year title, having won the award previously in 2013.

In other Richelle news, it was recently announced that she has attained a 2015 Nightmoves Award nomination for Best Adult Star Feature Dancer. The stunning sex star is looking to follow up her Exotic Dancer win by taking the title at the 23rd annual Tampa event. A fan voted affair, the Nightmoves Awards celebrate the best in adult entertainment. Fans can show their support for Richelle by casting a vote for her now through midnight September 15th at http://bit.ly/SFPRNM15. The winners will be announced on October 11th.

For feature dance bookings Richelle Ryan is represented by
Dave at  www.AListFeatures.com