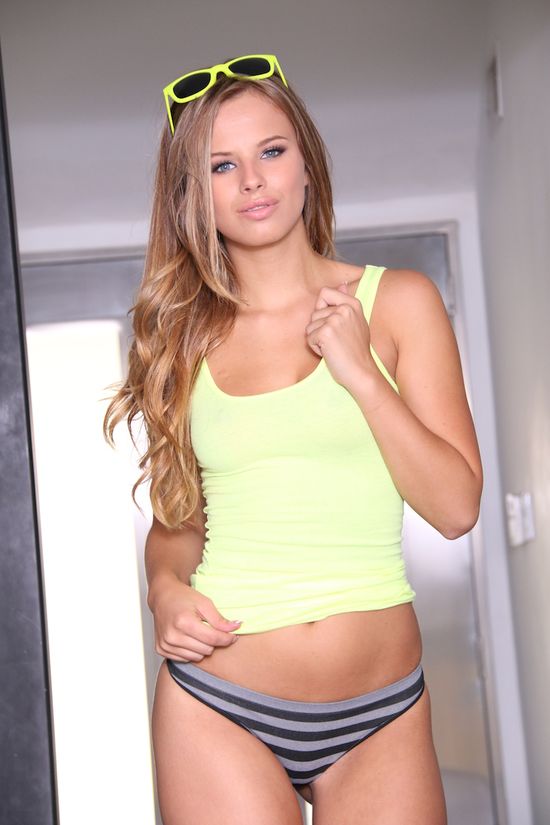 The powerhouse performer lands the coveted award after an incredible year of stand-out sex scenes.

“Wow, I’m still in shock,” exclaimed Jillian. “I’m incredibly happy right now. I’ve had the opportunity to work with a lot of great people this past year and to win an award for it, is amazing.”

I’d like to thank all the people who have helped me get to this point including my agent at Matrix Models, my publicists at Star Factory PR, the companies that have booked me over the last year, Jules Jordan and William H for showcasing me in Just Jillian and Nightmoves. I also wanted to thank my mom for making me the person I am today! Without her support and helping me feel confident for being the sexual woman I am today, I don't know where I would be! And, of course, I thank all the fans for their support.”

The Nightmoves Awards are the third longest running adult entertainment awards show. Held annually in Tampa, Nightmoves have honored the best in the adult industry for 23 years. Often, Nightmoves is the organization to present performers their first awards before they go on to establish successful careers. More information on the Nightmoves Awards can be found at NightmovesOnline.com.

Posted at 02:25 AM in Jillian Janson | Permalink