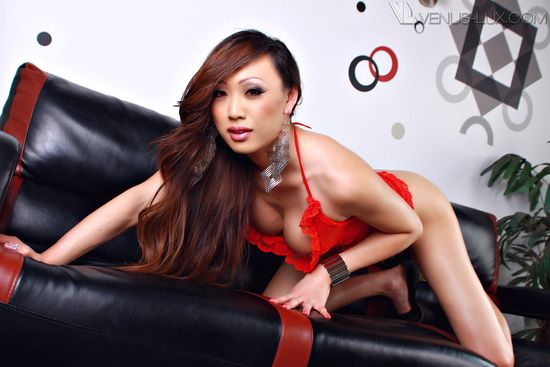 (HOLLYWOOD, CA) Adult entertainment superstar Venus Lux (http://venus-lux.com) is recognized with multiple AVN and XBIZ award nominations. Over the last year, the powerhouse performer has continued to deliver showcase worthy sex scenes. With hit movies like Venus Lux Fantasies added to her filmography, Venus has demonstrated her ability to excite viewers with her intoxicating x-rated skills. The reviewers have taken notice and Venus has been rewarded with several industry award nominations.

The AVN Awards voting committee has nominated Venus for the Transsexual Performer of the Year award. Having won the title in 2015, Venus is looking for a back-to-back win at the 2016 ceremony. Venus’s video TS Fetishes was nominated for Best Transsexual Movie while her scene with Eva Lin in Venus Lux Fantasies landed her a Best Transsexual Sex Scene nom.

Venus is headed for a “three-peat” if she wins the XBIZ Transgender Performer of the Year award she’s nominated for. Having previously won the title in 2014 and 2015, the sexy superstar has a solid possibility of continuing her incredible streak. Venus Lux Fantasies from Venus Lux Productions has been nominated for Transgender Release of the Year and her members’ website Venus-Lux.com has received a nom for Adult Site of the Year - Transgender.

"Another year rolls by and receiving all these nominations still puts me at a stage of bewilderment," said Venus. "Humbled and honored to have the appreciation from the industry and my fans! Thank you XBIZ and AVN, I'll see you soon."

Fans can show their support for Venus by voting for her in the XBIZ awards. Two of the three categories she is nominated in are open to fan votes.

Transgender Performer of the Year - http://bit.ly/XBIZTPotY.

An exciting year of electrifying performances lands Venus Lux with several industry award nominations! Show your support for this celebrated performer by voting for her in the XBIZ Awards!