#PR: BRIANA BANKS To Be Inducted Into The XRCO Hall of Fame 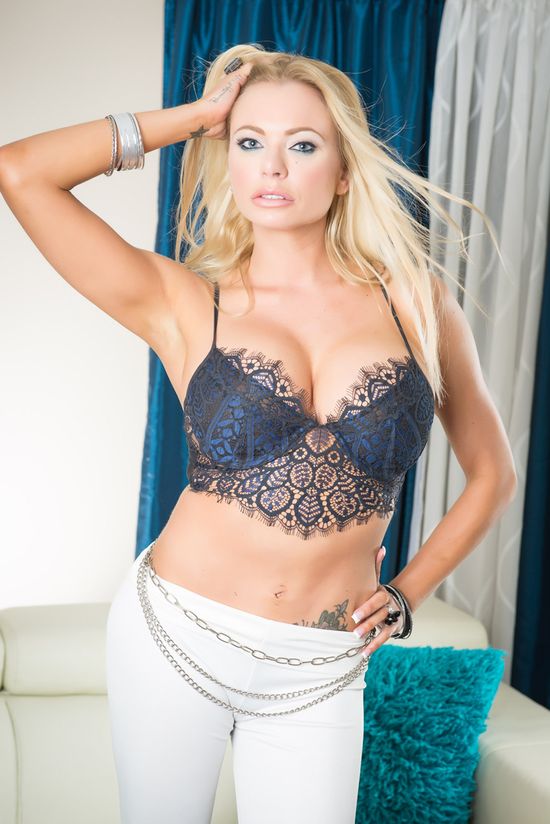 The superstar performer is showcased in a new scene for Digital Playground.

(HOLLYWOOD, CA) Adult entertainment icon Briana Banks (https://twitter.com/BrianaBanksXoXo) is to be inducted into the X-Rated Critics Organization’s Hall of Fame. The multi-award winning actress has established an impressive career that has seen her in over 300 scenes. A former Vivid Girl, the 5’9 blonde bombshell has become one of the most popular adult stars of all time. In 2009 she was inducted into AVN's Hall of Fame. At the upcoming 2016 XRCO Awards her success will be recognized with an induction into this organization’s Hall of Fame.

“I am honored beyond words,” said Briana. “When I announced I was coming back to adult entertainment I didn’t know how it was going to be received, but I am in awe of the support I have been given by the industry. The XRCO is an important facet of this community and to be inducted into the Hall of Fame is simply incredible. I was also inducted into AVN's Hall of Fame in 2009 so I'm especially thrilled to be able to receive such an honor twice in my career!”

"I am thrilled for two reasons," Said Dirty Bob, XRCO Chairman. "One, she is back in the business and two, it was perfect timing to put her in the coveted Hall of Fame for the upcoming 32nd annual XRCO Awards Show. Even though it seems she has been gone over a decade, the five years she took off from the business seemed forever. I have no doubt that her fans are dancing in the streets, or at least burning up social media, heralding her return."

Briana will be inducted into the XRCO Hall of Fame at the annual ceremony taking place June 22nd in Hollywood at the OHM Nightclub. More information on the XRCO awards can be found on the official website: http://xrco.com.

Briana Banks triumphant return to adult entertainment continues! Another incredible performance is topped with the announcement of an upcoming X-Rated Critics Organization Hall of Fame induction.