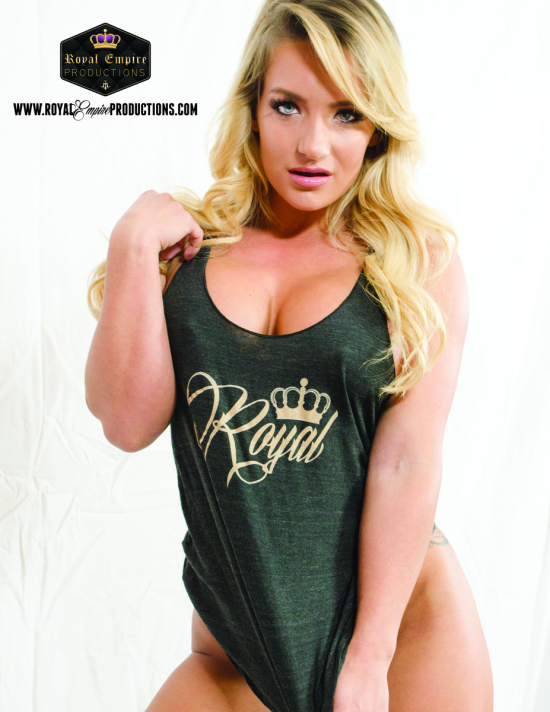 “The new T-shirt line coincides with the debut of the redesigned webstore,” said Robert Morgan, owner of Royal Empire. “I wanted to showcase our products in the most exciting way possible. This new design is more intuitive, easier to navigate and more streamlined. The shopping experience on the Royal Empire store is going to be fun.”

The home page of the new webstore spotlights talent seen in REP videos; Cali Carter and Ophelia Rain. The home page also showcases the company’s top selling DVDs. An added feature to the new store is the integration of the studio’s Instagram feed to the front page. This function allows users the ability to see what the company is currently promoting as well as follow REP for additional updates.

In addition to T-shirts, the web store will also feature REP branded hoodies, tank tops and Royal Empire DVDs. The entire catalog can be found on https://www.royalempirestore.com.

Kink E Magazine recently caught up with REP’s Robert Morgan to discuss with him the company and the exciting projects fans can look forward to seeing. Robert also talked about the work that goes on behind the scenes. From booking talent to creating graphics; everything that goes into producing adult video. The Kink E Magazine podcast can be heard here: http://bit.ly/RoyalEmpireKEM.

Want to represent the company where “Fantasy Meets Reality”? Royal Empire Productions has stylish new shirts for you!