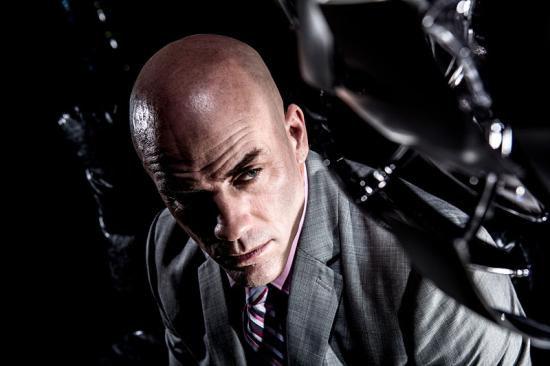 The multi-award winning actor was recently profiled by TheSexpose.com

“I have a lot of fun playing the bad guy,” said Derrick. “Not only do I attempt world domination, but I get one of the girls as well. It’s a win across the board. I’ve received a lot of great feedback from the comic book fans on my version of the character and it’s very inspiring. I look forward to hearing their reactions to this movie.”