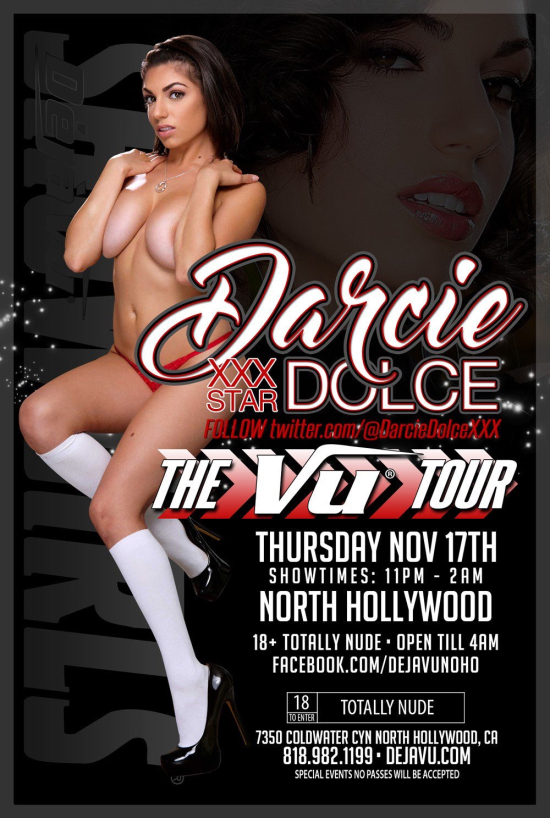 The place to be this Thursday night is the Deja Vu Showgirls in North Hollywood! Darcie Dolce, one of the hottest girls in adult entertainment, will be making a featured dancer appearance at the club. The star of adult videos Almost Caught (Girls Way) and My First Lesbian Taste (Filly Films) will present her striptease stage show for fans to witness.

After the show, Darcie will be on hand to meet fans and pose for pictures. She’ll also have available merchandise like DVDs, 8x10s and more.

The Deja Vu gentlemen’s club is located at 7350 Coldwater Canyon Ave in North Hollywood. More information on the venue can be found on the official website: http://dejavu.com/club-locations/deja-vu-showgirls-north-hollywood.

Interview requests for Darcie Dolce can be made to Star Factory PR: