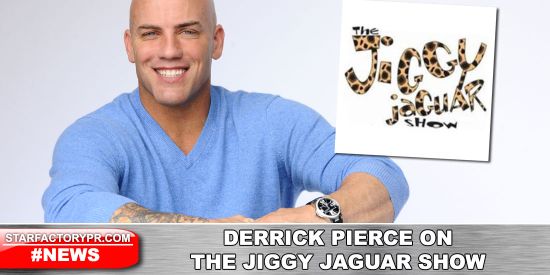 This Sunday powerhouse performer Derrick Pierce will be a guest on the Jiggy Jaguar show.

AVN Awards nominee for Performer of the Year Derrick Pierce will be making a special appearance on the Jiggy Jaguar show to talk about all of his award show nominations. Derrick has had a stellar year which has resulted in some amazing AVN Awards and XBIZ Awards nominations. Aside from discussing all of his noms, Derrick will talk about his latest movie roles, favorite performers to work with and much more.

The Jiggy Jaguar show will be streamed live at jiggyjaguar.com. The party starts at noon PST, Sunday December 4th. Don’t miss out on this exciting event.

Interview requests for Derrick Pierce can be made to Star Factory PR: info@starfactorypr.com.