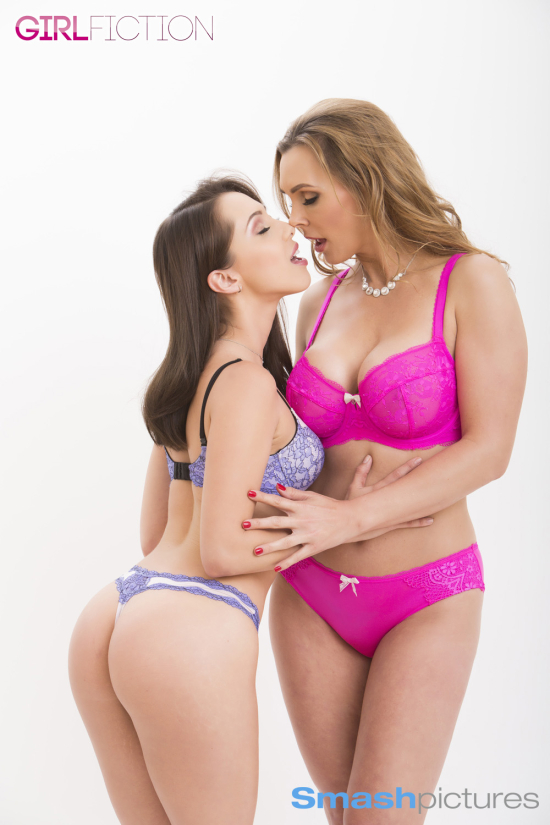 “This is Tanya’s best shot film to date,” Apache Warrior of XCritic.com noted. “This All-Girl film stands out for its high quality cinematography (an AVN award nomination could be coming) and high level of chemistry among the performers.” “I recommend it.”

“Tanya Tate is on a really good roll as a top All-Girl performer,” wrote Rog T. Pipe of RogReviews.com. “The picture quality on his movie is truly outstanding and the sex is hot.”

“Tate has upped her game this one. The videography is amazing in places and the sex is scalding,” notes Holly Kingstown of Fleshbot.com.

Giving the movie 4.5 out of 5 stars, AdultDvdTalk.com reviewer bono-ONE wrote “A well done production from Tanya.”

“It's yet another must buy lesbian release from Tanya Tate.” Astroknight also of AdultDvdTalk.com, wrote.

"This is definitely my pick for Lesbian Movie of the Year,” praised Smutmutant of XXXPornTalk.com.

“The accolades Girl Fiction has received is incredible,” said Tanya. “Smash Pictures gave me the freedom to make an amazing movie. I’m thrilled with the way it came out and ecstatic to see the positive reviews it has been getting. I was able to put together a great cast and they were simply brilliant.”

It was recently announced that Girl Fiction is a contender in the upcoming XBIZ Awards. The movie landed an All-Girl Release of the Year – Non-Feature nomination. While in the AVN Awards, Girl Fiction scored a nomination for Best Older Woman/Younger Girl Movie and Best Girl/Girl Sex Scene for the tryst between Anya Olsen and Sandy Fantasy.

The trailer for Smash Pictures' Girl Fiction can be seen here: http://bit.ly/GirlFiction.