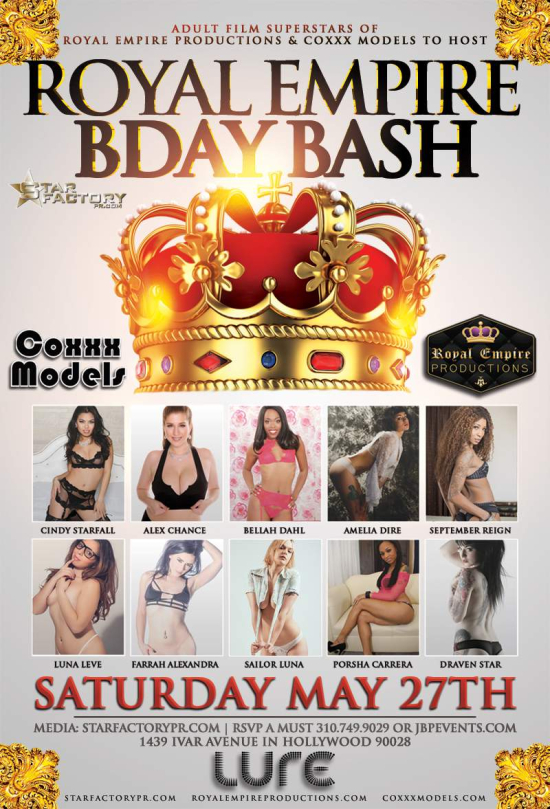 Join REP’s owner Robert Morgan’s as he celebrates his birthday in style!

Lure is located at 1439 Ivar in Hollywood. RSVPs can be made to JBPevents.com. Doors open at 11pm for this 21 & over event.

Royal Empire has been actively adding work safe and free content to its YouTube channel. The latest clip features starlet Nadia White who has appeared in REP videos Peeping Ain't Easy and Fuck the Pain Away. The engaging interview conducted by Morgan reveals how Nadia got into the adult industry and more. The new video can be seen on the Royal Empire’s channel here: http://bit.ly/repyoutube.

Party with Robert Morgan and the Royal Empire Productions crew this Saturday night in Hollywood! Celebrate his birthday with the sexy stars of REP videos!

Posted at 11:05 AM in Royal Empire Productions | Permalink