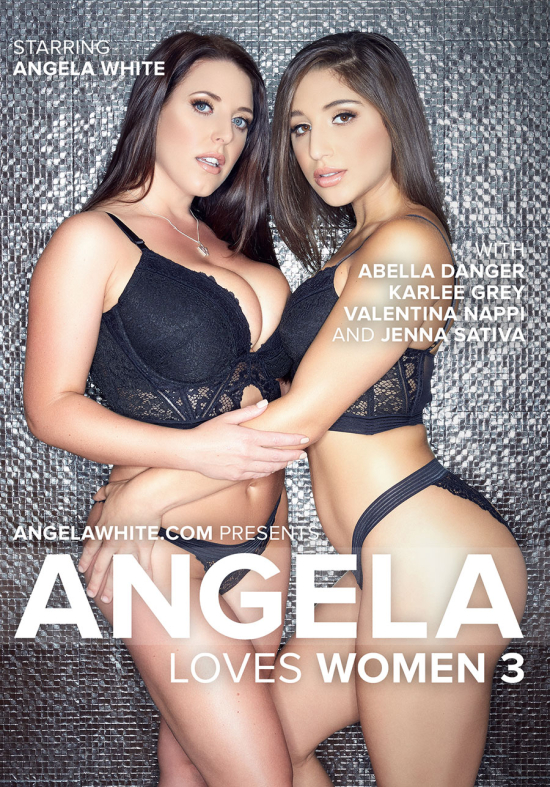 (HOLLYWOOD, CA) AGW Entertainment and Angela White (http://angelawhite.com/) have another massive hit with Angela Loves Women 3. The critics have spoken and the all-girl extravaganza is being hailed as a “masterpiece.” Directed by and starring Angela White, the movie also features many of today's hottest stars - Abella Danger, Valentina Nappi, Karlee Grey, and Girl/Girl Performer of the Year Jenna Sativa. The third installment of the series was an out-of-the-gate hit with fans and now critics are raving about it.

“I’m ecstatic that Angela Loves Women 3 has been so well received. After the success of the first two instalments of Angela Loves Women, I wanted to take things up a notch for volume three. While I maintained my “no script, no toys, no anal” approach to the girl-girl genre, I moved from a single floating camera to a multi-camera setup in order to capture the intimacy with more cinematic visuals. I also eschewed stylized teases for intros that focus on the sensuality of the female touch. It is clear that this direction and increased production values have resonated with fans and critics. I’m extremely proud of the release and I can’t thank the cast and crew enough."

Holly Kingstown from Fleshbot.com writes "Performer/producer/director Angela White gifts herself some of porn's top women for some hot lesbian sex in this gorgeously shot and edited entry in the series. There's a reason why this series is a best seller amongst Fleshbot readers. The girl/girl passion here is top-notch and if you love White, you need this in your life pronto."

“This is an award winning title and Angela is not resting on her laurels,” writes Captain Jack of AdultDVDTalk.com, giving the video 4 1/2 stars.

Sean DPS, also of AdultDVDTalk.com concurs, opining “Once award season begins, there should be no surprise that this will get some love, and I am also thinking that the Angela/Jenna scene should get some individual love as well.”

“This is one hell of a film, plain and simple” noted Don Juan DeMarko while celebrating the movie as an XCritic Pick for XCritic.com. "This is lesbian porn done right at every angle possible. Production is simply amazing… This is a film that showcases everything and anything in the lesbian world aside from toys. The scenes are never the same, the way that she brings everything from soft to hardcore and aggressive is filmmaking at its best. This is what makes a true adult film. … Masterpiece of gonzo cinema.” DeMarko concluded “This is a film that is another pick for girl/girl film of the year. This one is a heavy favourite, due to the fact that every scene does not take your foot off the gas at any moment.”

ANGELA LOVES WOMEN 3 is available now from adult retailers. The box cover and trailer for the movie can be seen on http://bit.ly/angelalw3gf.

See what the reviewers are raving about! Get a copy of ANGELA LOVES WOMEN 3.