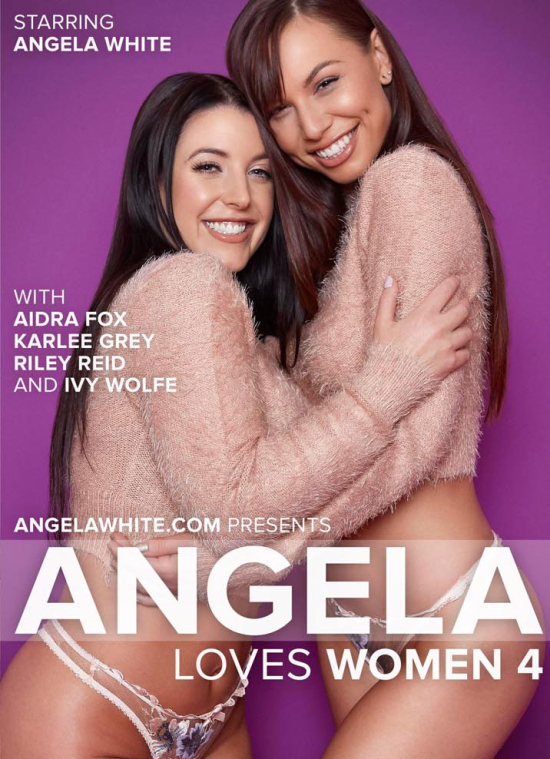 (HOLLYWOOD, CA) Adult entertainment superstar Angela White (http://angelawhite.com) offers an intimate experience in Angela Loves Women 4. The fourth installment of the award-winning series sees Angela in scenes with many of the industry’s most powerful performers, sharing a tender, loving lesbian encounter. Stars Riley Reid, Aidra Fox, Karlee Grey and Ivy Wolfe are each featured in their own scene with Angela. The sex is raw with a strong focus on the amazing chemistry between the performers.

"Angela Loves Women 4 is by far the best girl/girl movie I’ve ever produced and directed. I wanted to showcase the beauty and talent of my incredible co-stars so we spent longer on set to capture gorgeous shots of Aidra, Riley, Karlee and Ivy on their own. The cinematically shot intros create a unique atmosphere for each intimate encounter, while my accompanying voiceovers set the tone for the passionate and sensual sex that ensues. These are, hands down, the best girl/girl scenes of my career."

With a high-end feel, yet intimate vibe, Angela Loves Women 4 invites viewers to join these women as they revel in their love of each other. As the females explore each other’s body, the cinematography artfully follows along and draws in the audience. Angela’s vision, as the movie’s director and producer, was to create an authentic lesbian rendezvous, one that everyone will enjoy.

The trailer, box cover and more information for Angela Loves Women 4 can be found here - https://angelawhite.empirestores.co/2521937/angela-loves-women-4-porn-movies.html.