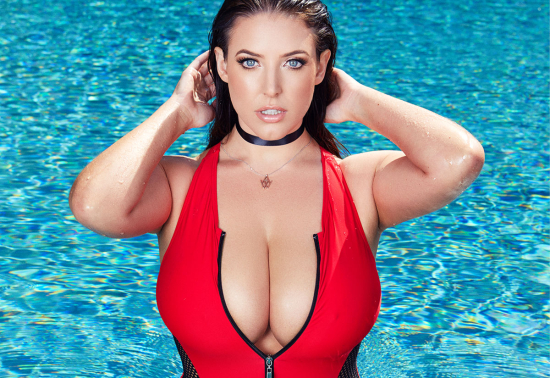 (HOLLYWOOD, CA) Adult entertainment superstar Angela White (http://angelawhite.com/) is the recipient of several 2018 NightMoves Awards nominations. The NightMoves Awards celebrate the finest performers, productions, and companies in the adult industry. Angela has successfully managed to capitalize on the accolades of the previous year and not simply retain her established level of intensity but surpass it. Starring in more critically acclaimed scenes, appearing on the marketing material / key art of more high-profile titles and attaining a wider reach of mainstream coverage, have been the benefits of Angela’s undeniable work ethic and commitment to the career she loves. Angela’s dedication to quality erotica has landed her with a NightMoves nomination for Best Female Performer.

“It is always an honor to receive recognition for one’s work,” Angela said. “I am extremely happy to be nominated for a number of awards at this year’s NightMoves Awards. I hope everyone has a great night, and I’d like to extend congratulations to all of the nominees.”

Other nominations Angela has received include Social Media Star Of The Year. It’s also not hard to surmise why Angela is in the running for the Best Boobs title as her amazing attributes are unquestionably eye-catching. Angela Vol.3, the best selling video that featured some of Angela’s hottest performances to date, is vying for the Best Star Showcase award.

Voting in the NightMoves Awards is now open and runs through September 15th, only one vote allowed per IP address and a legal ballot must vote in at least 6 categories.

The 26th annual NightMoves Awards are scheduled to take place October 7th, at the Tampa Gold Club located at 6222 E Adamo Dr in Tampa. Show tickets and additional information can be found on the official NightMoves Website - http://nightmovesonline.com.

Vote for Angela White in the 2018 NightMoves Awards!