#PR: The 26th Annual NightMoves Awards was a Huge Success! 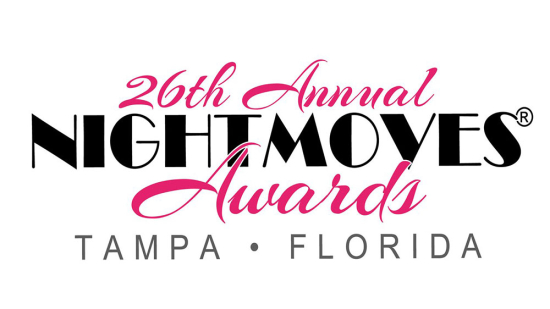 The winners of the NightMoves Awards announced.

(TAMPA, FL) The 26th Annual NightMoves Awards (http://www.nightmoves.xxx/) were nothing short of spectacular! Adult film stars and feature entertainers flew into Tampa Bay from across the country to take part in this amazing event! All-in-all there were 17 local Tampa Bay Awards handed out ranging from Best Club to Best Dancer to Best DJ to Best Bartender. Nationally there were 27 Categories with both winning a “Fan’s Vote” and an “Editor’s Choice” vote. These included Best Performer, Best New Starlet, Best Director, Best Feature Release, Best Body, Best Feature Dancer, and many others.

"This was by far the Best Awards Show we have ever produced in 26 years! The stars that flew into Tampa Bay were amazing and the stage acts were simply fantastic! It was really something seeing all the talent we had on our stage … fire acts, acrobatics, swinging hoops, beautiful costumes, rappers and of course the male dance review that had the girls screaming … it was one hell of an evening. Check out our Instagram page for tons of photos and videos (#NightMovesAwards),” said Paul Allen NightMoves Multi-Media President.

The NightMoves Awards took place at the Tampa Gold Club, 6222 East Adamo Drive in Tampa, Florida. The weekend started on Thursday October 4 when the first “Star Caravan” visited 4-Play Gentlemen’s Club in St.Petersburg. The following night the stars traveled to Bare Assets in Holiday. Saturday afternoon featured FanFest and a $1,000 bikini contest at the Clearwater Clarion Hotel Ballroom. That same evening “Star Caravans” invaded the world famous 2001 Odyssey on Dale Mabry Highway in Tampa and The Whiskey in Seminole. The Awards Show itself was Sunday night October 7 at the Tampa Gold Club followed by the “After Party” at Emperors Gentlemen’s Club. The wild and crazy weekend concluded on Monday evening October 8 with the first-ever NightMoves TransSexual Awards at The Player’s Club featuring multiple TS Awards and a $1,000 dance contest!

NightMoves Magazine started in 1988 and the first NightMoves® Awards happened in 1993. It is the third oldest and continuously running adult awards show in the United States, trailing only the AVN Awards in Las Vegas and the “industry only” XRCO Awards in Los Angeles. To be considered eligible, a movie had to have been released between June 16, 2017 and June 15, 2018. Individual Awards are based on this same time frame except for the “New Starlet” category, whose performances between January 1, 2017 and June 15, 2018 qualify.

Fans and industry people were able to log their votes for their favorite adult performers, directors, films, and feature dancers at www.NightMoves.xxx.

The voting period ran from July 15 to September 15. A legal ballot had to have votes made in at least 6 categories.

For more information on The NightMoves® Awards, visit NightMoves.xxx