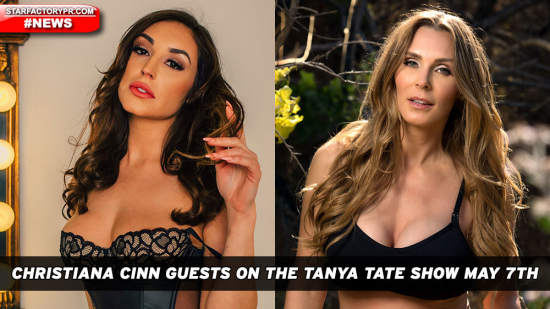 Adult model and Penthouse Pet Christiana Cinn will be a guest on The Tanya Tate Show this Tuesday!

If you are a fan of Christiana or want to find out more about this delicious woman, you don't want to miss this show. Fans that want to talk to Christiana can call in during the live broadcast. The number to hit up is 855-99-VIVID.

The Tanya Tate Show featuring Christiana Cinn can be heard May 7th on VividRadio.com or SiriusXM channel 415 at 1pm PDT / 4pm EDT.

Need more Christiana in your life? Then connect with her on FanCentro. She's posting some HOT pics and clips that you won't see anywhere else. See all the naughty adventures Christiana gets in to! It's going down right here: https://fancentro.com/cinnvip.

Interview requests for Christiana Cinn as well as Tanya Tate can be made to Star Factory PR [email protected].

Posted at 04:00 AM in Christiana Cinn, Tanya Tate | Permalink