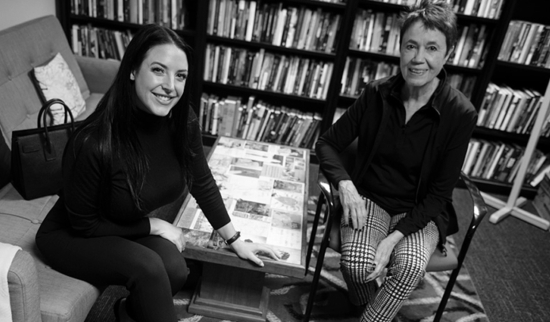 The powerhouse performer was invited to speak at Professor Constance Penley’s 'Topics in Film and Popular Culture’ class.

“It was an honor to have the opportunity to speak with and take questions from Professor Penley and her students,” said Angela. “Performing in pornography is obviously an immense passion of mine. However, the academic study of the pornographic space is equally close to my heart, and an endeavor that I remain committed to. It was an absolute pleasure to be invited to converse with such enthusiastic, open-minded and diligent students about my career as a performer/director as well as my research interests in gender and porn studies, and how they have informed and continue to inform each other. I would like to thank Professor Penley and the students for having me. It’s a privilege to be invited to contribute to such an important, groundbreaking course.”

During the lengthy Q&A session, Angela discussed her motivations for entering the adult industry, her priorities as a performer and director, her future research aspirations, as well as her involvement in the highly-acclaimed projects ‘I Am Angela’ (Evil Angel Films) and ‘The Weight of Infidelity’ (Pure Taboo).

Following the class, Angela signed copies of the latest issue of AVN magazine, which features Angela’s AVN Star of the Month photoshoot, before joining Professor Penley and the students for further discussions over lunch.