#NEWS: Need A Copy Of The ANGELA WHITE Hustler Magazine? 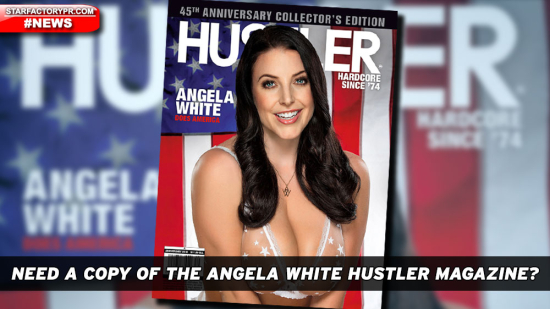 If you have not gotten your hands on the anniversary issue of Hustler that features Angela White on the cover, we're here to help!

Having trouble finding the Angela White issue of Hustler Magazine? You aren't the only one as it appears the anniversary issue has been selling out on the newsstands and is becoming incredibly hard to find. However, you Angela fans are in luck as Hustler is offering the magazine directly from their website.

Angela is showcased in a multipage spread with an accompanying interview. The magazine also includes a bonus DVD. So you definitely do not want to miss out.

Head over to the Hustler site (CLICK HERE) and get your copy of their anniversary issue featuring hardcore superstar Angela White!

Interview request for Angela White can be made to Star Factory PR: [email protected].